First Look review: The Steep Theatre’s “Birdland” is an intensely captivating exploration of the pitfalls of fame 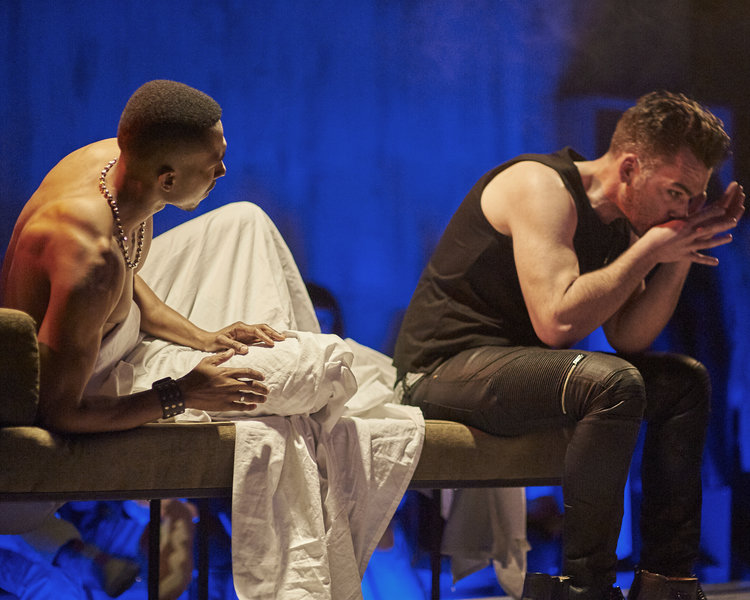 History in short: When you lose a sense of who others are in relation to you, how to do you understand yourself? When the boundaries within your economic situation and interpersonal connections fall away, how do you gain a sense of control over any aspects of your life? These are some of the questions Birdland explores as it triumphs in complexity, energy and intensity in its U.S. premiere at the Steep Theatre. The play is the creation of playwright Simon Stephens, who has previously won the Tony and Olivier Awards for The Curious Incident of the Dog in the Night-Time, as well as awards for Port, Motortown, Pornography and others.

Basic storyline: The show establishes the setting from its opening scene: Uncomfortably loud cheering erupts as the rock stars Paul (Joel Reitsma) and Johnny (Dushane Casteallo) have presumably finished a show. Centering on Paul — quite literally, as the small square stage sits snugly in the middle of its audience — the show quickly devolves into a meditation on how meaningful intimacy collapses when the throws of fame create a power dynamic between the performer and every other person in his life.

As we see Paul interact with the different characters, he is never able to create stable relationship structures with others. Sometimes, the characters force Paul to reflect internally, like when he is fixated on his possible culpability after a tragic incident leaves a girl dead. At other times, the characters expose Paul’s shame or loneliness, portraying the upsetting costs of misdirected insults and anger. In one poignant instance, Paul cannot admit to his father his desire for connection and ends up patronizing him instead of opening up — their visible physical distance reflecting their penetrating emotional detachment from each other.

Birdland‘s exploration of the psychological impact and pain resulting from a barrier-free life is original and highly nuanced.

What stood out: The scenic design by Joe Schermoly consists of a sparse but clever setup, with four chairs that could be rearranged as beds, airplane seats or lounge chairs and, when removed from sight, create a visceral emptiness onstage. The stage serves as the entire world — Paul and his crew travel to many different countries on tour, staying in hotels and houses, and spending time on stages and balconies — but at the same time, the Steep Theatre’s stage remains that same tiny square. As Paul travels with all amounts of wealth imaginable, space is collapsing, creating an all-encompassing suffocation that leaves him boxed in despite his expansive movement.

The lighting design by Brandon Wardell adds to this claustrophobic feeling, with intense character lighting leaving large spaces for darkness. There is a fog coming from the ceiling that percolates imperceptivity throughout the show, becoming more noticeable as the lighting illuminates its puffs. 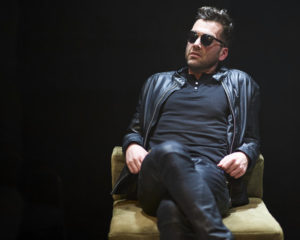 The smoke makes parts of the play feel intensely dreamlike, mimicking Paul’s psyche as he progressively disconnects from the world. With the lighting and the fog, a sense of temporal progression is disrupted, with time and space collapsing as Paul reaches the height of his fame, leaving him with no structure on which to grasp.

The script is quick and hard hitting, while also leaving room for the necessary pauses to experience the intensity of the narrative. As Paul loses his grasp on reality, the dialogue is stream of consciousness. The characters give lengthy monologues that sit on the border between thought and normative speech — half the time, they say things that would usually be left in the mind. This unrestricted language is another boundary lost unto Paul — as characters try and fail to stop Paul from saying certain sensitive or socially unacceptable things, other characters take on his unhampered speech patterns.

Sometimes, these monologues leave characters speaking at rather than to each other, destroying any connection they might have. At one point, a conversation between Paul and his rock-star counterpart Johnny devolves as they begin speaking over each other, each delivering their separate monologues in tandem, destroying all powers of expression.

Final thoughts: The play touches on some familiar drawbacks of fame: the belief in invincibility from death, lavish lifestyles and the paparazzi (iPhone pictures are a theme throughout). But its exploration of the psychological impact and pain resulting from a barrier-free life is original and highly nuanced. Reitsma plays a Paul filled with a neurotic and spontaneous energy; his is a captivating performance, making the play worth seeing for him alone.