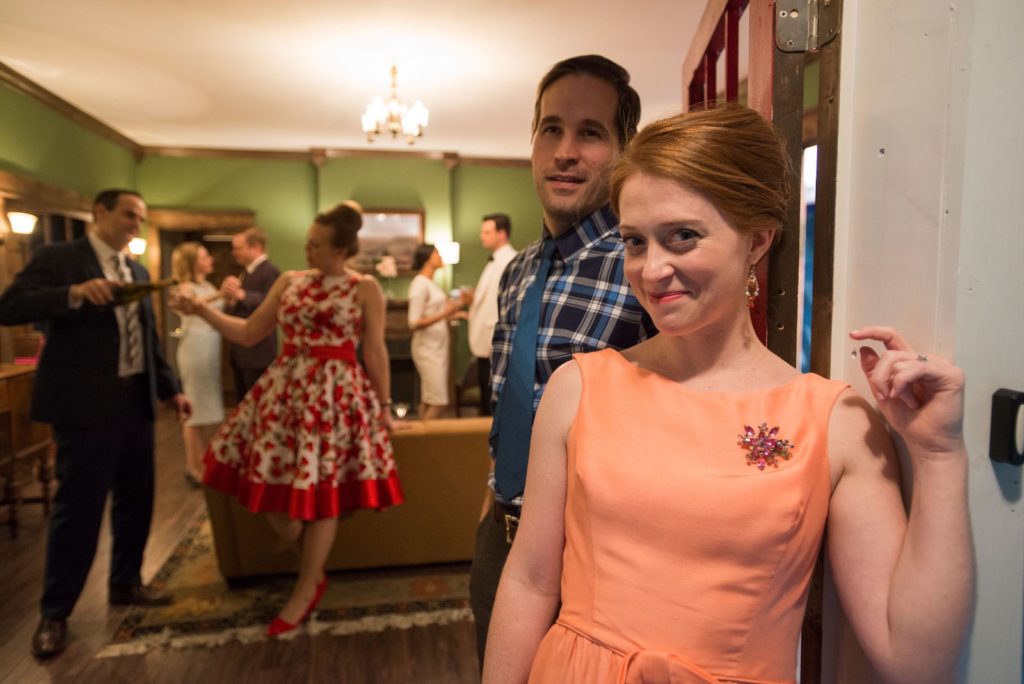 Playing at: The Windy City Playhouse, 3014 W. Irving Park, through Dec. 9. Beginning Jan. 2, 2019 with an open run, Southern Gothic will be performed at the Windy City Playhouse South at 2229 S. Michigan Ave. For ticket information and schedule on this world premiere production, visit WindyCityPlayhouse.com

Basic storyline: The story takes place at a cocktail party being thrown in Ashford, Georgia in the 1960s, where four couples are gathered to celebrate a birthday party. As the night progresses and more alcohol is consumed, tensions rise and relationships are tested until secrets that none of them want revealed come front and center.

What stood out: The whole premise of the show. This was by far the most unique and one of the coolest experiences I have ever been a part of. This entire show is essentially “interactive theater,” if I can even call it that. I have heard of shows that are put on in abandoned buildings where you can follow characters into rooms, but I have never been to one myself. Now, this show was not put on inside of an abandoned building. For this show, the Windy City Playhouse went through the trouble of building a 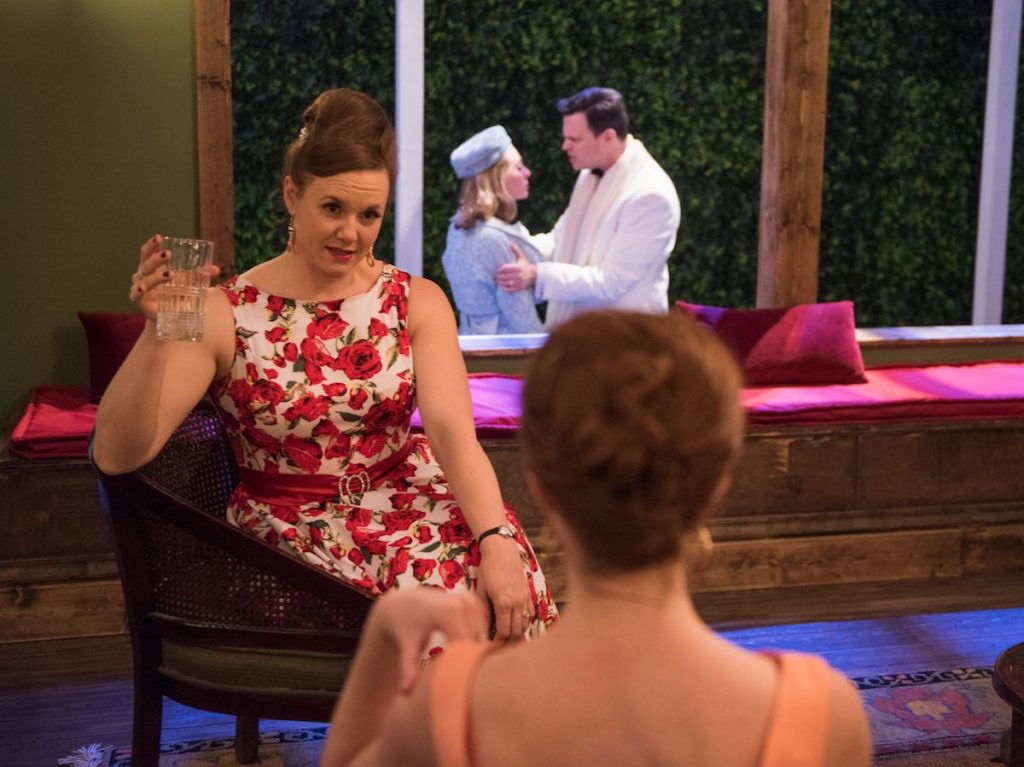 n actual house in their stage space. I’m talking a house. With running water and its own electrical grid. It even has a backyard area. This house is the stage, and the audience, essentially, becomes “flies on the wall.”

Upon entering the facilities of the theater, you’re given invitations that explain the rules that you are to abide by as an audience member. The rules let you know not to interact with the cast and to hug the walls or sit on the benches that line them, so that they may have the space to play and perform. On top of that, you are free to follow whichever character you want from room to room as you hear bits of the story, eventually piecing together everyone’s relationships. My favorite rule, however, is that you are free to help yourself to any of the food on the dining room or kitchen tables. Just to let you know, it’s just snacks. And without giving away too much, it’s a plot point in the story.

This was by far the most unique and one of the coolest experiences I have ever been a part of. This entire show is essentially “interactive theater,” if I can even call it that.

The thing I can’t get over is how much this production’s success is a testament to the director (David H. Bell) and the writer (Leslie Liataud), who had to work with the actors to figure out how characters could float in and out of conversations — without any scene breaks or lighting or sound cues — and still be able for every audience member to follow the story regardless of whether they miss things or not.

The other thing I have tremendous respect for is the fact the actors have to be on, for the whole show, at every single angle. In a typical proscenium-style show, actors will walk on and off stage and be able to break character, comment to each other and share thoughts on that particular run. They even have the opportunity to turn upstage, away from the audience, to break character if the need ever arises. They do not have that luxury in this show. It is truly an impressive feat.

Final thoughts: This show is awesome. It will be like nothing you have ever seen before. Due to the nature of the “fly on the wall” experience, there are only 28 tickets sold per show. So get them quickly before they’re gone.

Tropical escape: Where to find the best ...