First Look review: “Noises Off” at the Windy City Playhouse is a wonderfully self-aware farce of a farce, brought to life by a talented ensemble 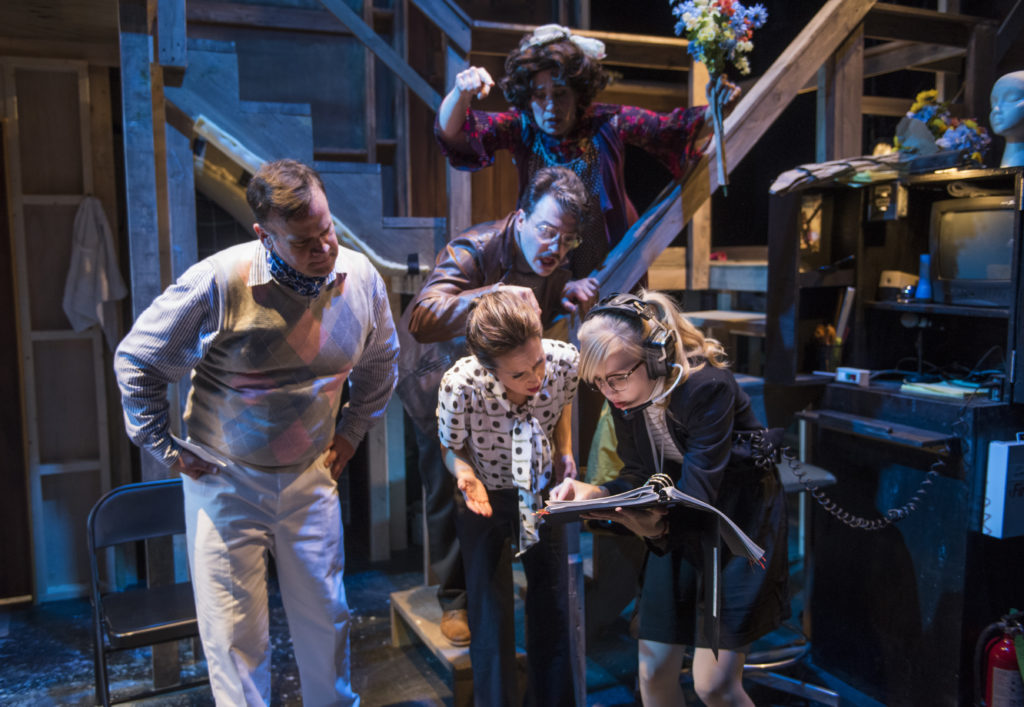 Basic storyline: Noises Off is a farce split into three acts. Act One starts off during a last-minute rehearsal for a farce called Nothing On that is due to open later than night. As the rehearsal goes on, we get to see what the structure to the first act looks like, as well as get a peek into the relationships and drama the actors and stage technicians are going through behind the scenes. The act ends with a successful-ish run of their first act — and lays the groundwork for everything to fall apart.

Act Two happens backstage and one month later. With only four minutes until the curtain rises, the crew and part of the cast are scrambling to locate and assemble the remaining parts of their cast — a product of crumbling relationships and flaky actor tendencies. Luckily, everyone shows up just before curtain, and we get to watch the madness from the other side of the set because, of course, the show must go on!

Act Three jumps toward the end of their touring run as we watch, from the audience’s perspective again, the struggle between all of their personal drama and the duty to finish the show. What accumulates ends up becoming, for our enjoyment, perhaps the worst performance of Nothing On ever.

Normally, there are one or two actors who jump out to me, but I found it so hard to isolate a specific performance. It was like the force was just flowing through a group of Jedi masters.

What stood out: Up until this production, I had never had the pleasure of seeing Noises Off. I had only heard good things from professors I had in college and from friends who had seen high school or college productions. All they had told me is that it was funny and that sardines were a major plot point. Nonetheless, I was excited. And Windy City Playhouse did not let me down.

Farces are ensemble shows, and this ensemble killed it. Normally, there are one or two actors who jump out to me, but I found it so hard to isolate a specific performance. It was like the force was just flowing 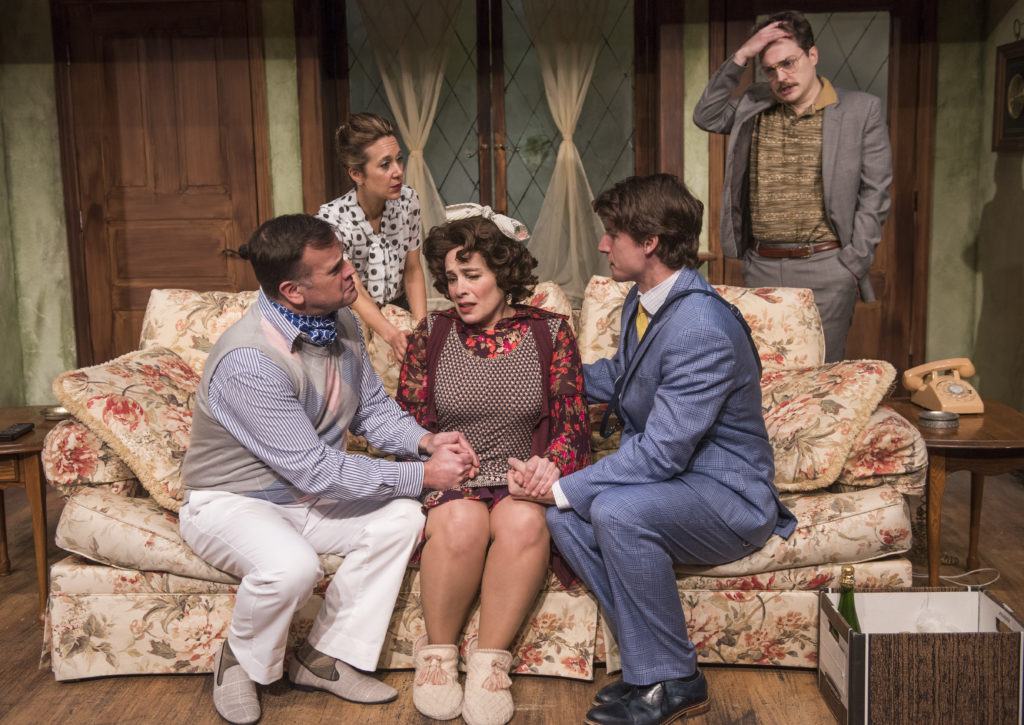 through a group of Jedi masters. Sort of the sensation you experience when you watch a group of puppeteers move a spectacle-size puppet as if it were its own character. I was highly impressed.

The other thing I thought was super cool was Act Two. A known aspect of Noises Off is that Act Two takes place backstage. I heard this is usually accomplished by rotating the set during intermission. The Windy City Playhouse takes it a step further by bringing the audience to the actual backstage area — even offering the option to climb up to seats in the rafters (something that I did not do, but if that sounds interesting to you, make sure you ask when you go to book your tickets).

Final thoughts: Overall, I thought that Noises Off was brisk, sharp and funny — everything you would expect to see in a farce. The comedy builds from act to act and pays off delightfully. Do yourself the favor I never did, and don’t wait to see this production.

A Round of Drinks at the Lagunitas ...