The Big City Blog: Illinois Craft Beer Week is back — bigger and better than ever — May 18-25 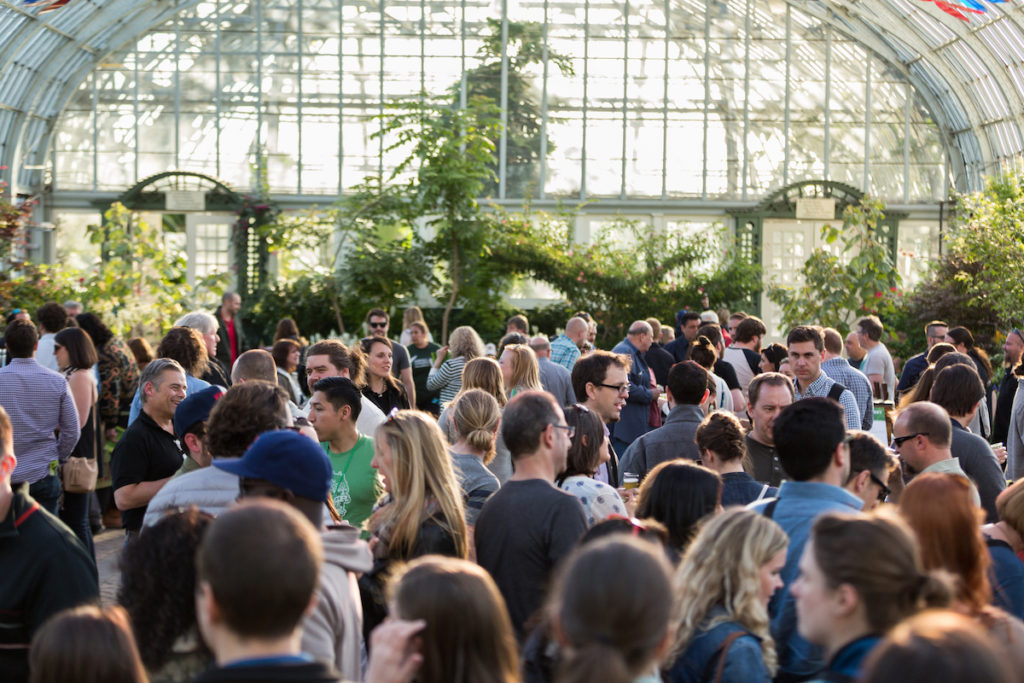 Illinois Craft Beer Week (formerly known as Chicago Craft Beer Week) is the highly anticipated celebration featuring various festivals and hundreds of events at breweries, bars and restaurants across the state from May 18-25.

Now in its eighth year, Craft Beer Week is an annual reminder of just how big and influential the craft beer industry has become in Illinois and across the nation. Try to fathom this fact: A decade ago, Illinois was home to 41 breweries. In 2018, that number has risen to 225, with an estimated 20 more soon to be joining the ranks.

“To me, this week is the ideal time for us to focus and shine a light on the industry that is usually more collaborative and inclusive,” says Kevin Cary, owner of Chicago’s Begyle Brewing and president of the Illinois Craft Brewers Guild. “We’re seeing tremendous growth all over the state and the camaraderie that comes with it. Usually, as brewers, our schedules are very busy, but these events give us a chance to come together and have fun and see what everyone is doing.”

For Cary, the week’s collaborative events with other beer makers, like Great Lakes out of Cleveland, where Begyle can put their best lineup up against another brewery in a friendly competition and go toe to toe throughout the evening makes more sense than a simple tap takeover on their own. As for events, Beer Under Glass (May 18 at Garfield Park Conservatory) is always a favorite for his staff, and he’s very much looking forward to the new festival to close out the week, called Good Libations, at Theatre on the Lake. “They just spent $6 million on that renovation, and the location can’t be beat,” says Cary. “And there’s a limited number of tickets because we wanted to pare it down a bit, make it more intimate and not just be ‘another festival.’ ”

For information on all the festivals, events and activities for Illinois Craft Beer Week, visit IllinoisBeer.org/ICBW 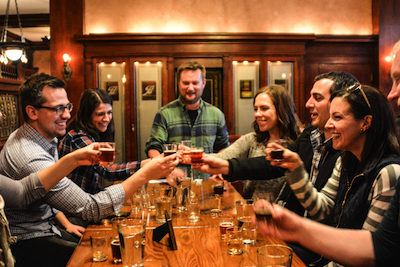 Bruce White, who combines his two passions — leading tours and an appreciation for good beer — is the founder of the Chicago Beer Experience (ChicagoBeerExperience.com). We spoke with him this week about Craft Beer Week expectations and favorite events and bars around town.

Q: What are the best aspects/events with Illinois Craft Beer Week?

A: I am a believer in any event that encourages people to drink and explore local craft beer. Illinois Craft Beer Week does just that. I also think it is a great opportunity to take a deep breath, look around and really appreciate how much the local scene has grown in the past 10 years. It is incredible. Most of the local breweries are really young, and there are entire styles out now that weren’t available even a few years ago. What a time to be alive. Regarding Craft Beer Week events, they are maturing too, so there is some continuity with some of the best ones, which is a good thing. My favorite events include the following:

“Dovetail, Maplewood and On Tour are some of the newer breweries in the city that are really crushing it.”

Q: What are some of your favorite stops on your tours?

A: While I truly am a fan of all of our tour spots, I am always partial to Paddy Long’s because:
1.) They are a beer-and-bacon bar.
2.) I love beer.
3.) I love bacon.
4.) They combine these two in magnificent fashion.
On the same tour, our Bacon & Brewing Beer Tour, I also really am enjoying our new tour spot, Beermiscous, due to their expansive selection. On our Sin & Suds tour downtown, you can’t go wrong with the history and vibe of The Berghoff; I just love it. And Lemming’s Tavern on our Pioneers & Pints Beer Tour in Bucktown is a tour guide favorite for the chill neighborhood vibe and ever-changing small but mighty tap list.

Q: What Chicago breweries have caught your eye of late?

A: Dovetail, Maplewood and On Tour are some of the newer breweries in the city that are really crushing it. Also, I’ve admittedly caught haze fever, and have been really impressed with Lombard’s Noon Whistle Brewing, particularly their Gummy Series NEIPAs. Otherwise, I’m not as familiar with suburban breweries, but I have enjoyed beers from Buckledown, Pollyanna, Solemn Oath and Temperance (I can’t seem to get my hands on Mikerphone, one of the hottest breweries!). I think the older generation breweries like Half Acre, Revolution and Metropolitan are still brewing quality beers too. And a shout out to Burnt City Brewing and Vice District on our tours, as our groups really enjoy those beers as well.

Q: What are Chicago’s best craft beer bars in your mind? 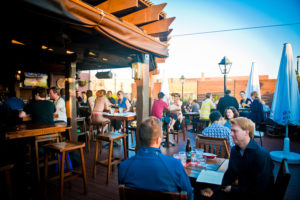 A: There is a reason why Hopleaf and Map Room are still on everyone’s craft beer bar list, and it’s because they are fantastic places that know what they are doing. I’ve also been impressed with Link’s Taproom, Sheffield’s, Banger’s and Lace, Local Option, Maria’s Packaged Goods, First Draft, Clark Street Ale House, Fountainhead and The Beer Temple. There are a number of places that you may not necessarily think of beer first, either. For example, Monk’s Pub in the Loop has a sneaky great beer list.

“The Beer Under Glass layout, just the fact it’s inside and outside of the Garfield Park Conservatory, makes it feel less crowded. It’s fun to wander through the whole place. … It’s not amateur hour here. Everyone knows it. This is the real deal. In other words, don’t bring your pretzel necklaces.”

The Beer Under Glass event is this is the best way to kick off Craft Beer Week, as the breweries bring out better beers than they normally would for other festivals. The layout, just the fact it’s inside and outside of the Garfield Conservatory, makes it feel less crowded. It’s fun to wander through the whole place, especially when you realize you haven’t even seen close to the whole thing. The venue itself is one of the best aspects. It’s not amateur hour here. Everyone knows it. This is the real deal. In other words, don’t bring your pretzel necklaces. I’m looking forward to Mikerphone brings out. Hoping they have their barrel-aged Smells Like Bean Spirit.

As for my favorite bars for craft beer, I’ve always been a big fan of The Beer Temple. They always have a lot going on, as well as one of the most unique tap lists anywhere. And the fact it’s a store and you can buy something on the way out only adds to the mix.

The Green Lady in Lakeview — it’s close, comfortable, not pretentious and has a good tap list. One of the best in the city, actually. The Bottom Lounge on Lake Street downtown, near the United Center, is good as well, and their rooftop deck is a perfect fit for the warm weather.

On May 24 from 6 p.m.-12 a.m., take a tour of Chicago’s northwest side bars, with each featuring a local craft brewery. Three different buses operate on a continuous loo 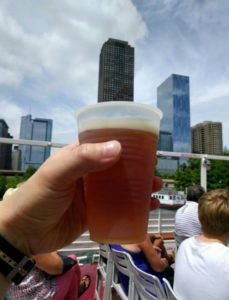 p starting at 6 p.m., shuttling guests to a total of nine different bars throughout the night. Hop off wherever you like, meet a local brewer, get some insight and sample a pint of their best work. Must be 21 to ride, and the $20 ticket covers only the bus transportation. For more information and to reserve your spot, visit LakeEffectBrewing.com

On May 25 at 8 p.m., Shoreline Sightseeing will once again be teaming up with Chicago’s Revolution Brewing for its Craft Beer Cruise with seasonal craft beer tastings, creative appetizer pairings, live music and remarkable views along a 90-minute river cruise. ShorelineSightseeing.com