First Look review: Amusing and educational, The Windy City Music Theatre’s “Seussical the Musical” will have your little ones singing for days 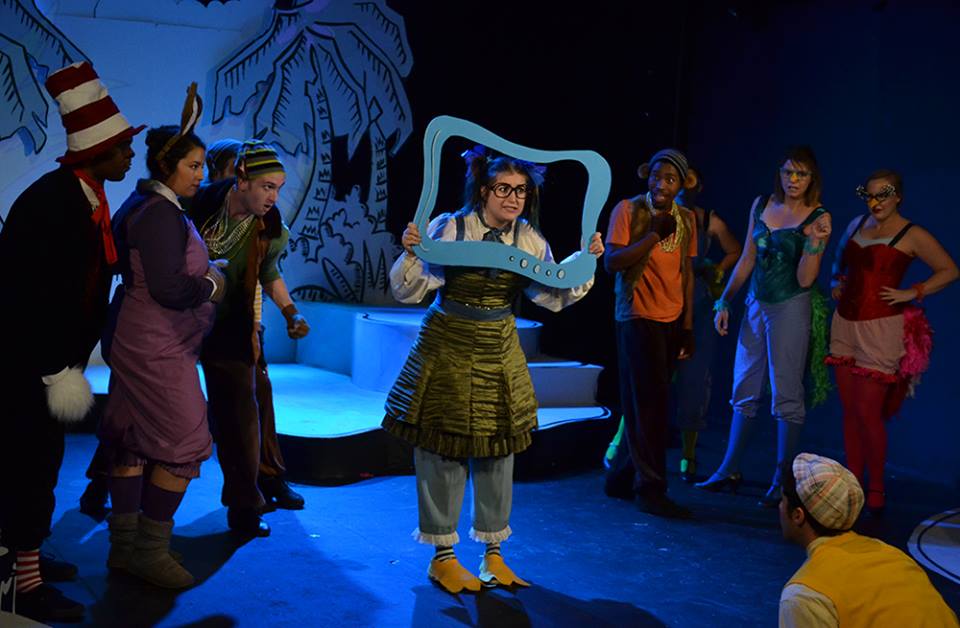 Basic storyline: The show starts off with the imagination of a young boy producing the iconic character of The Cat in the Hat, who encourages the boy to widen his imaginative perspective in order to spawn the fictional land of the Jungle of Nool, the well-known setting of Horton Hears a Who and the setting of our play.

For those of you who are unfamiliar with Dr. Seuss original or the Jim Carrey/Steve Carell adaptation, the storyline goes like this: In the Jungle of Nool, Horton the elephant hears the tiny voices of little Who-people, who are so small, their entire civilization is located on a speck of dust. Horton decides to save the speck of dust by placing it on a clover and keep the Who-world under his chivalrous protection. Horton is ridiculed by the other inhabitants of the jungle as they try to prove he is a fool for believing in such a farfetched idea, while also attempting to steal and dispose of the supposedly ridiculous clover.

While Horton is busy taking care of the clover, a small Who by the name of Jojo attempts to deal with a paralleled situation as his community looks down on his expanding imagination, urging him to try and “think less thinks.” As the show continues, the universe expands to include parts of all of Seuss’ stories, and deals with themes of inclusion and originality. The stakes rise as more and more obstacles interfere with his mission of trying to keep the Who-people safe.

Perhaps the most interesting aspect of the show is the on-stage “kid’s section” seating, where children get to interact with cast members.

What stood out: I’ve seen this musical done many times before, but the Windy City’s Page2Stage 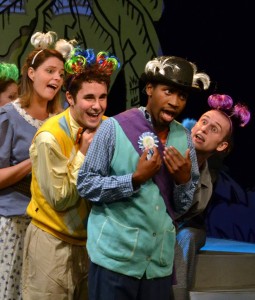 production of Seussical the Musical goes out of its way to cater to the fun and enjoyment of children. Perhaps the most interesting aspect of the show is the on-stage “kid’s section” seating, where children get to interact with cast members and are provided with arts, crafts, props and masks to either participate in the show or fuel their natural creativity. Even though the show is listed as having no intermission, they do provide a five-minute interactive stretch/bathroom break, led by two of the lead actors, to help the little ones get their “wiggles out.” This type of on-stage inclusion is a great introduction to the theatrical arts for your young ones.

With a well-balanced ensemble and some exceptional choreography, the cast is able to coherently create picturesque tableaus to help set the environment and manifest transitions to keep the story moving forward. Allison Smith delivers a standout performance as Gertrude McFuzz, mixing in levels of sincerity while committing to the cartoonish elements of the world of Dr. Seuss. Joshua Heinlein also delivers some touching moments of honesty as Horton the elephant.

Final thoughts: Seussical the Musical is an entertaining and energetic family-friendly show. It’s a great example of literature-based theatre being used to capture and inspire the imagination of children.

The tastes of summer: We asked local ...