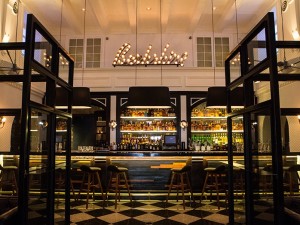 The Berkshire Room will open at 11 a.m. on Sunday, July 19 and the party begins at 4 p.m. Guests will treated to complimentary passed food items from the new upscale bar snacks menu from 4-6 p.m., and a new summer cocktail menu will also debut.

The Berkshire Room is located at 15 E. Ohio. www.TheBerkshireRoom.com

The Kit Kat Lounge and Supper Club will be celebrating 15 years of divas, martinis and Hollywood cuisine with a summer BBQ on Thursday, July 23 from 5-7 p.m. Patrons can dig into some smoked meats with Lady Gaga or share a chocolate martini with Madonna, which, come on, haven’t we all dreamed of doing? T-shirts and other party favors will be handed out to the first 100 customers, including one grand prize trip to Las Vegas and, later in the night, a chance to win a trip to the high-flying Broadway production of Pippin.

The Boystown staple is located at 3700 N. Halsted Street. www.KitKatChicago.com 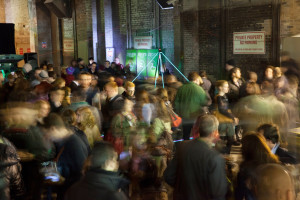 Chicago Loop Alliance will transform the Couch Place alley (171 N. Dearborn Street) into an urban celebration with ACTIVATE on Thursday, July 30 from 5-10 p.m. The free pop-up event is part of an ongoing monthly series that immerses the public in a spectacle of sound, art and performance.

Guests who RSVP in advance at www.LoopChicago.com/ACTIVATE will receive a complimentary ticket for beer at the event, with additional beverages available for purchase on site.

The third annual Chicago Nerd Comedy Festival will once again take to Stage 773 for a night of unique and quirky comedy, celebrating the lifestyle of “nerdiness” that many of us proudly lead. Packed with everything from stand-up to improv, including a show that will mix the musings of Shakespeare and George Lucas for a lethal combination of Early Modern English and lightsabers. With The Onion writer Dan Telfer at the helm, this night of comedy, after-hours gaming and community will surely satisfy a nerd looking for a night out.

“Country in the Park” at Rosemont’s MB Financial Park

MB Financial Park has kicked off its free Tuesday-night summer concert series with “Country in the Park,” featuring some of Nashville’s most popular and budding artists along with food and drinks on the beautiful lawn. The weekly series will run through Sept. 1 and feature soulful acts like Walker County, the Chris Weaver Band and Erik Dylan. MB Financial Park is located at 5501 Park Place in Rosemont.

The Great Outdoors: We asked Chicagoans for ...