First Look review: Second City’s “She the People” is a reassuringly funny discussion about sexism and the world of women 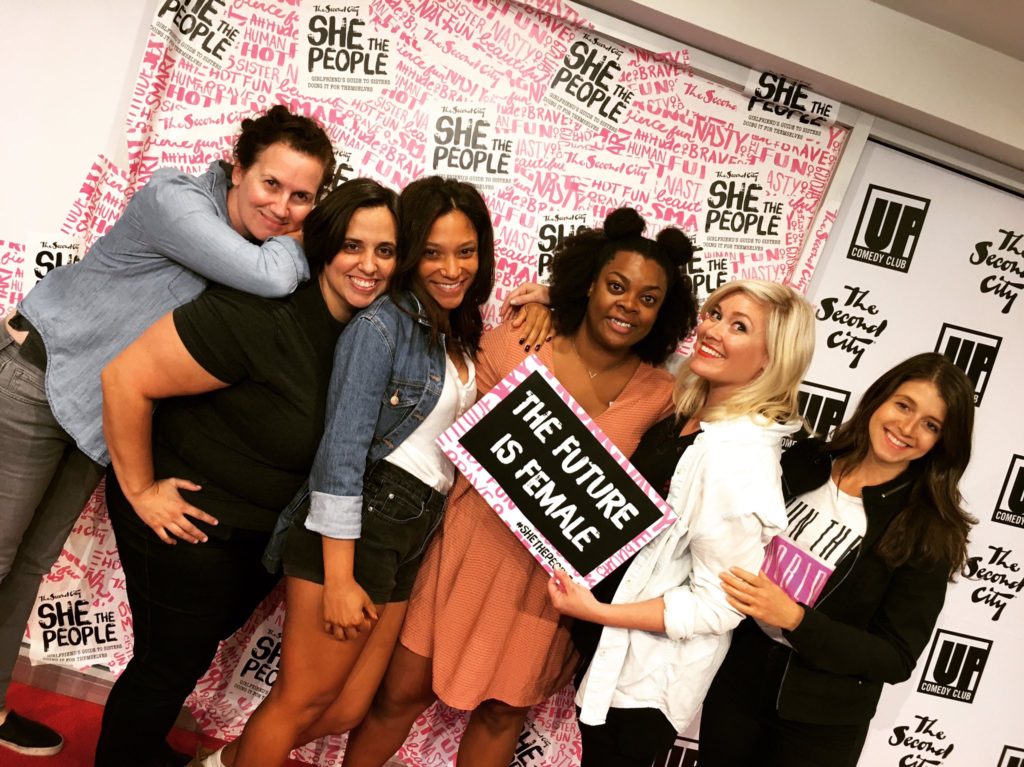 When I went to see She the People: Girlfriends’ Guide to Sisters Doing it For Themselves at Second City’s Up Comedy Club, I was unsure what to expect. After a volatile week of soul-crushing politics and the horrific events in Las Vegas, I was in no mood for more discussions of big and depressing topics, and with the show advertising its all-female cast, I figured I might be in for a night of cynical comedy about sexism, bigotry and, of course, Donald Trump. However, even though She the People dealt with these dark topics, I ended up being pleasantly enamored with the show.

The performance began with what seemed like a parody of over-the-top slam poetry, with the cast members standing serious and statuesque on stage, describing the seemingly doomed state of the world. But then the seriousness broke and the cast burst into a raunchy dance number, busting out moves and twerking on stage. The explosion of wacky comedy was brief, but I was reassured that the night would be one full of laughs.

She the People is both a zany and poignant survey of all things girl. With sketches ranging from one-minute-long scenes between daughters and mothers made to look like an exchange between an Uber driver and passenger to longer musical numbers about grandmothers who hate how their son-in-law raises their grandchildren, the show seeks to present everyday situations that women deal with in an over-the-top way.

This final sketch summed up the tone of She the People perfectly, recognizing the sexism that is rampant but defeating it with the honest and telling humor of a splendid all-female cast.

One sketch that stuck with me, in particular, began with a couple visiting one of the women’s mothers. As the scene progressed, a strange twilight zone-ish tone started to develop until, at one point, the humorous terror of the scene revealed itself when one of the women started to realize she was literally becoming her mother. The scene ended lightheartedly with the daughter reassuring her modern-day illiterate mother that she did in fact love her, and that the fear of becoming her wasn’t a comment on the mom herself.

This show did a good job of striking a balance between scathing and sympathetic. One sketch, called “You oughta know,” managed to walk this fine line by bringing a member of the audience onstage and quizzing them about facts that we all “ought to know.” The ske 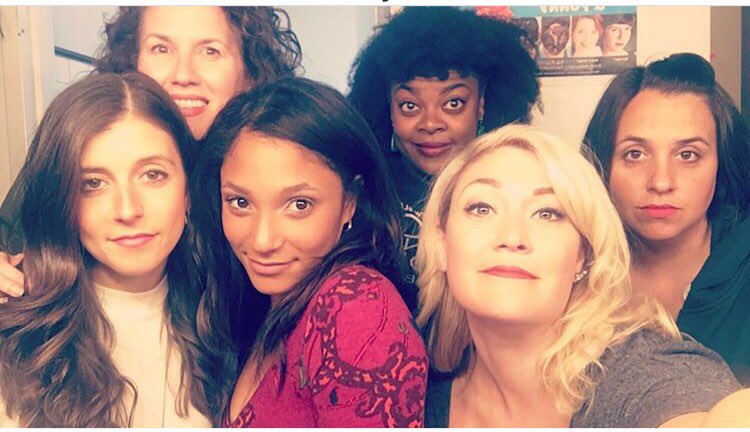 tch had the capacity to really pick on the audience, but the actors managed to keep the laughs rolling, all the while discussing political facts that absolutely no one in the crowd was aware of.

Occasionally, the show would be interrupted with a message from the “emergency broadcast system,” during which, on a darkened stage, the actors would rhapsodize about the various day-to-day emergencies that women deal with in the news media or just on the street. This “state of emergency” tone was striking and well thought out, but at the same time dealt with in a purely humorous way that kept the show from being too preachy or dark.

These emergency broadcasts came to a head at the end of the show, when the actors imagined a world in which all the men had disappeared and women were now the sole rulers. This climax had the potential to tee off on men, but instead was used to discuss the hilarity of our confusing and troubled world. This final sketch summed up the tone of She the People perfectly, recognizing the sexism that is rampant but defeating it with the honest and telling humor of a splendid all-female cast.

She the People performs on Fridays at 8 p.m., Saturdays at 8 p.m. and 11 p.m., and Sundays at 7 p.m. at UP Comedy Club on the third Floor of Piper’s Alley, 230 W North Ave. For schedule and ticket information, visit www.UPComedyClub.com