First Look review: The incredibly immersive Hamilton: The Exhibition in Chicago seeks to answer the question “What’s next?” in Lin-Manuel Miranda’s artistic saga 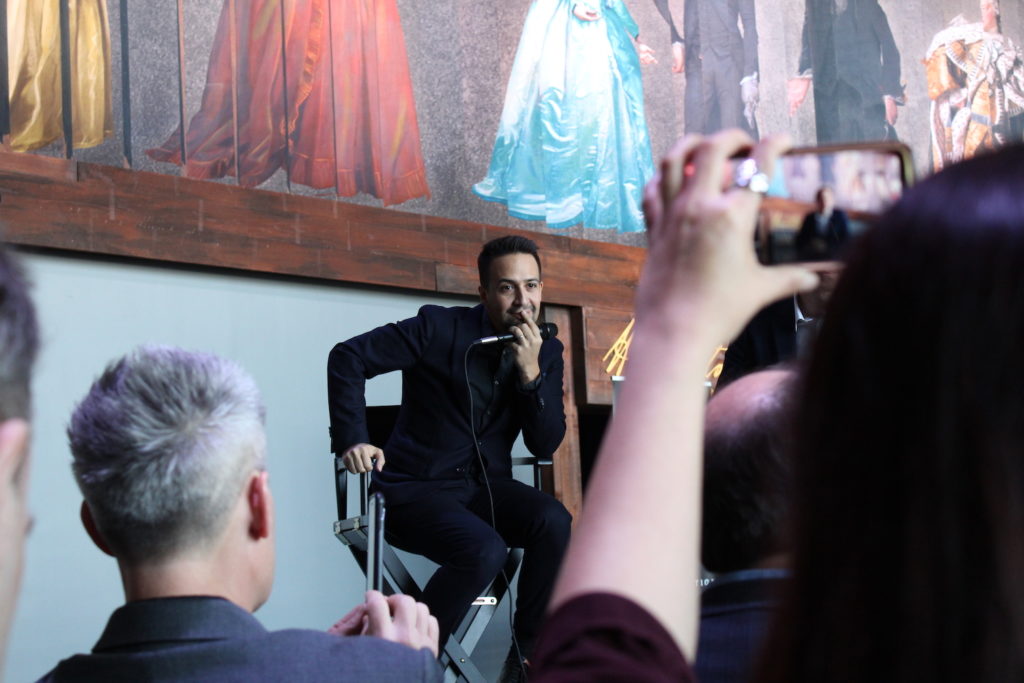 Background: Chicago has the fortune of getting to premier Hamilton: The Exhibition; a walk-through audio tour narrated by Lin-Manuel Miranda, as well as Phillipa Soo and Christopher Jackson, who played Eliza Schuyler and George Washington in the original Broadway production of the revolutionary musical. Spearheaded by creative director David Korins, the exhibit gives fans a chance to “go deeper and wider” into the background of not only Hamilton’s life, but also America’s.

What to expect:  The exhibition presents itself as “a choose-your-own-adventure.” Before the tour, you are handed headsets that are connected to a remote that hangs around your neck. The remote works to service two functions: 1.) to automatically play narration as you enter the next room, and 2.) to hear specific narration that is ass 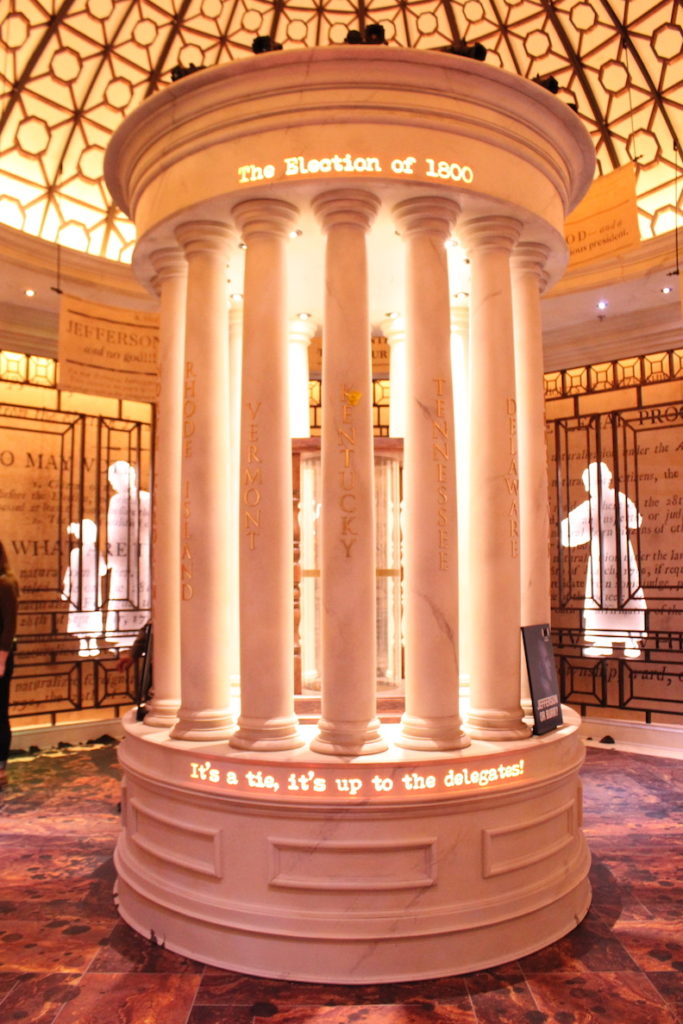 ociated with various historical artifacts scattered throughout the exhibit. The artifacts, or parts of the exhibit that offer this feature, have specially marked “targets,” which you can point your remote at to prompt said narration. It took my girlfriend and I 30-40 minutes to get through the entire exhibit, but you can easily spend an hour or two getting lost in the plethora of content and information that is present.

Every detail in the exhibit — from the floor you walk on to the lighting and score played as you transition from event to event — is incredibly immersive.

What stood out: The sets. Or… the rooms? Sets? Not sure what to call them, but the theming in each room feels as if you are absorbed into the various scenes depicting the events that built up the life of Hamilton and the foundations of America as a country. Every room has its own specific feel and tone. Every detail — from the floor you walk on to the lighting and score played as you transition from event to event — is incredibly immersive and truly a testament to the work of David Korins. Not only are the individual parts of the exhibit incredibly aesthetic, but parts of it are also interactive, adding yet another layer to the intricate nature that makes up Hamilton: The Exhibition.

Another thing that stands out is the sheer amount of information to be consumed throughout the entirety of the experience. I tried to check out as much as I could, but I still feel as if I easily missed 40-50 percent of what there was to learn/explore. Since the production team built the entire exhibition, facility included, the goal is to continue to add artifacts, documents and other textures to further enrich the experience. That means that there will be even more content for guests to consume the next time they visit.

Final thoughts: Hamilton: The Exhibition gives people who love the record-breaking show a chance to expand on what Lin-Manuel Miranda was able to capture in a musical, in a much more in-depth fashion. The exhibit is both fun and educational, and looks to not only have a lengthy stay in Chicago, but also eventually a lengthy tour throughout the country. 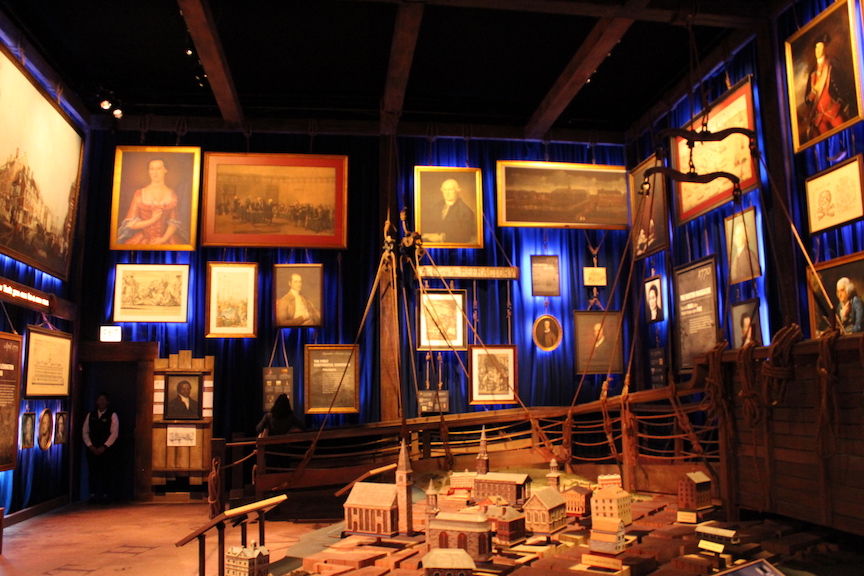