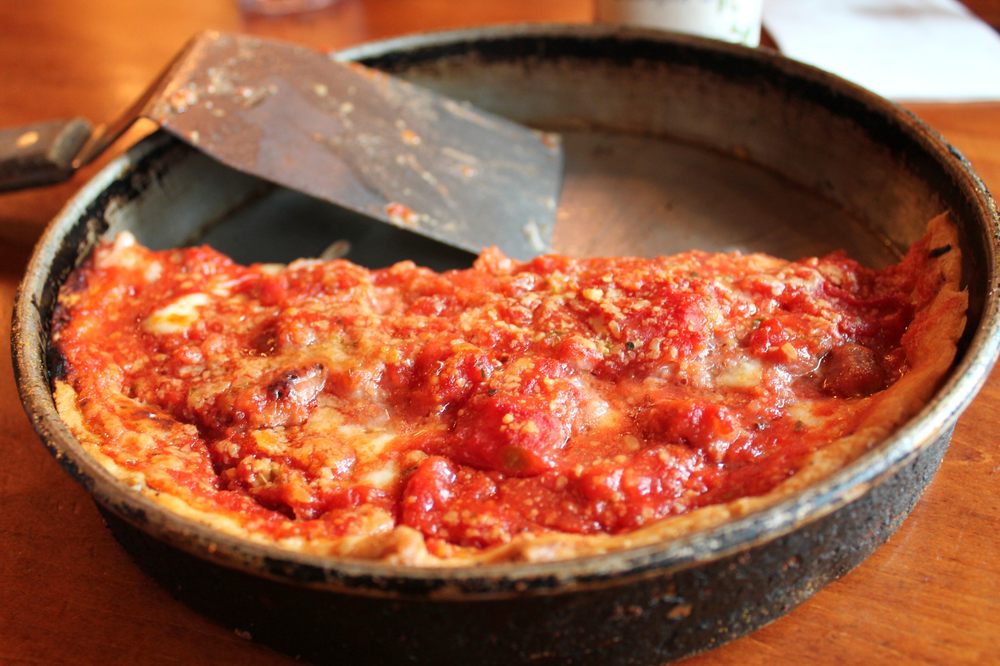 Food Planet treats you like a VIP: Restaurants are prepared with your sampling by the time you walk through the door. Tour groups cap out around eight people, so you’ll have a front-row seat to the proceedings the whole way. Our guide, Mark, had a lot of great information about how our food was made and the history behind the establishments we visited. Despite some poor weather, Mark presented his knowledge of the historical neighborhoods and local landmarks we passed with a great sense of humor.

What better way is there to start off a journey through Chicago cuisine than with a thick slice of pie from this iconic deep-dish pizza joint? As we dined, Mark explained the origin of deep-dish pizza and how Lou Malnati broke off to form his own chain. Who knew the design was a collaboration between an Italian and a Texan?

Our second stop was Al’s Italian Beef, a chain that began as a neighborhood beef stand in Little Italy back in 1938, where we chowed down on a classic beef sandwich. The thick, juicy bundle of shredded beef soaked into the bun beautifully, creating the perfect bite. On our walk over, Mark pointed out Chicago’s super hi-tech McDonalds, which my friend and I mistook for an Apple store, and told us the backstory of the largest building in the city.

At each stop, the food was excellent, and the trek between them felt easy, broken up by stops where our guide explained Chicago history, spanning architecture, culture and geography.

Third up was Portillo’s Hot Dogs, a chain which began in 1963 with a loan of $500 from the proprietor’s brother in law. Now the brand is worth a billion dollars! At Portillo’s, we learned the redundancy of ketchup: the blend of ingredients in this authentic Chicago-style hot dog (yellow mustard, green relish, chopped onions, tomato wedges, a pickle spear, sport peppers and celery salt) made a perfect collaboration. The interior of the restaurant was like an arcade, lit up beautifully for the 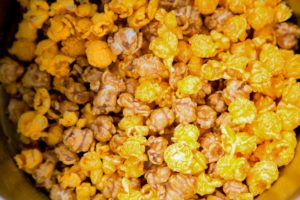 Our fourth tasting was at Garrett popcorn, where we briefly nibbled on a couple samples of delicious cheesy and candied popcorn before quickly moving on to the finale. Turns out the popular recipes that people stand in line for every day were born out a family competition in Milwaukee before they opened the first Chicago shop in 1949. 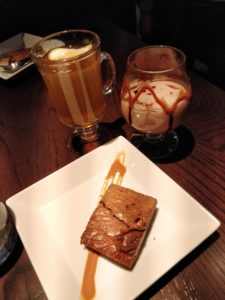 At our last stop, we were led into the sleek Copper Fox, a modern American gastropub noted for its creative twists on traditional dishes. Servers brought us sweet, warm cocktails and a rather unusual brownie. Rather than adding chocolate to a brownie mix, the Copper Fox brownie is 100% Nutella. Rich and indulgent, it was without a doubt the best brownie I’ve ever tasted. Absolute perfection!

Key takeaways from the tour

As a relative newcomer to the city, the Best in Chow food tour definitely gave me a better feel for Chicago, but for city natives, there’s still plenty to enjoy. At each stop, the food was excellent, and the trek between them felt easy, broken up by stops where Mark explained Chicago history, spanning architecture, culture and geography. The food portions were perfectly sized and timed, so you feel neither bloated nor starved while walking. And although food coma was setting in hard toward the end, we certainly would jump at the chance to partake in another Chicago Food Planet tour.

Game on: Whether you’re looking for ping ...