First Look review: “The Woman in Black” is not only captivating, but also a truly masterful — and terrifying — work of theatre 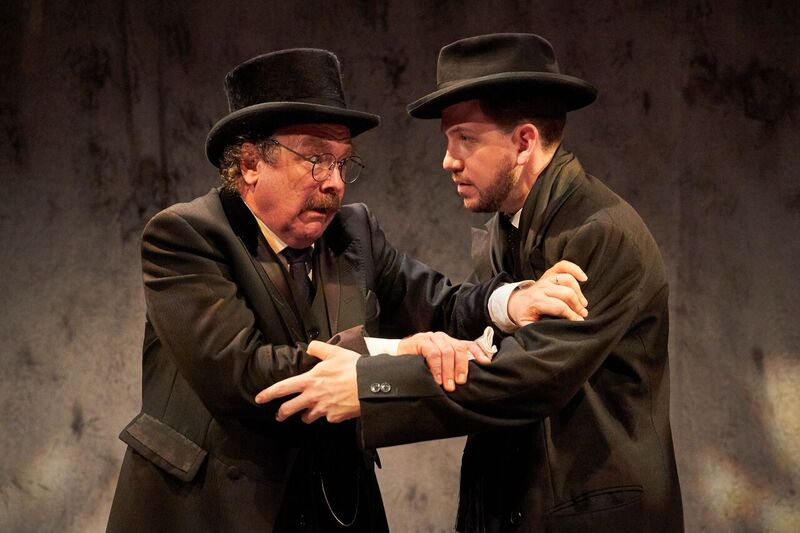 Details: The U.S. premiere of the London production of Susan Hill’s acclaimed ghost story is playing at The Royal George Theatre, 1641 N. Halsted, through Feb. 17. TheRoyalGeorgeTheatre.com

Basic storyline: If you haven’t seen the movie with Daniel Radcliffe, it is essentially the same story: A solicitor, Mr. Kipps (Bradley Armacost) travels from London to the far corner of England to review the estate of a former (now deceased) client, only to find out the entire town is not only afraid of, but very much aware of the haunting that resides upon the estate: the Woman in Black.

The touring production currently playing at the Royal George Theatre defers slightly as it tells the story from the point of view of the solicitor, rehearsing his account with a professional actor so that he may retell the story to his friends and family and rid himself of the weight he has carried with him since his original sightings.

This allows the entire play — involving multiple characters, actions and settings — to be performed by just the two actors and opens the door for some truly magical, theatrical storytelling.

Bradley Armacost and Adam Wesley Brown were truly delightful. They both were able to show off great range, portraying an array of different characters while also being able to deliver long, descriptive passages without relinquishing the audience’s attention for a second. It was some truly masterful storytelling.

What stood out: The acting. The directing. The pacing. The fact that a play was able to make me jump and exclaim audibly multiple times throughout the performance.  As a fan of horror, I was intrigued to see how they would implement it to the stage, and after having seen horror on stage done poorly before, I was so pleased to see it done so well.

I think what stood out to me the most was the use of sound. I would say it was an essential, underlying element they used to build tension from the very start of the show. Something I hadn’t even noticed, but was pointed out to me when my friend got there, was that there was no pre-show music. This was a choice that I thought, at first, was an interesting way to set up an eerie atmosphere. However, once in the weeds of the show, I was able to see that it was actually laying the groundwork for multiple jump scares throughout the show. 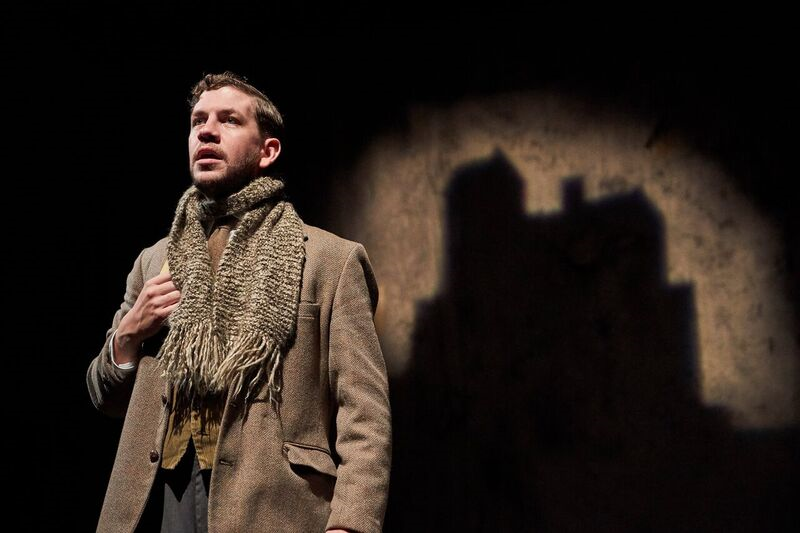 With no pre-show music, the audience is forced to sit in an uncomfortable silence before the show. Music usually helps bridge that gap and promote a certain comfortable, social aspect. Even creepy music that can set the tone of a show will help the audience feel comfortable and at ease, as they know what show they are about to see.

The silence indicates the same thing, essentially saying that in the show you are about to see, sound is going to be important, and when used, it shall be used sparingly — so much so that it is even presented to the audience by the characters on stage. They make a point to emphasize the use of “recorded sound” to help elevate the story that Mr. Kipps hopes to perform for his family. In doing this, they are able to introduce sound in a very unsuspecting way, use it to our expectation, build our dependency on it to be used in certain ways, and then turn it on its head to scare the audience. All in just the first 20 minutes. From that point on, you won’t again forget that you are in a horror story. So hats off to Robin Herford (director) and Gareth Owen (sound designer) for excellent execution of such an effective device.

While I could go on and on about the technical devices and directorial techniques that were well utilized in this production, I’d be remiss not to mention that the weight of the play rests on the shoulders of the two actors who occupied its stage.

Bradley Armacost (Mr. Kipps) and Adam Wesley Brown (the actor) were truly delightful. They both were able to show off great range, portraying an array of different characters while also being able to deliver long, descriptive passages without relinquishing the audience’s attention for a second. It was some truly masterful storytelling.

Final thoughts: One of my favorite shows I have seen in the theatre in the last few years. It is a production that I will be telling friends, family and strangers about for some time. The Woman in Black is full of laughs, scares and a handful of surprises that I implore you to experience for yourself.