The legendary Steppenwolf Theatre recently opened the doors to its new café and bar, a relaxing place to grab a latté or bite with friends during the day or dinner and a drink before or after a play in the evening. Open daily from 7 a.m.-midnight, Front Bar also features a delectable menu created by the Boka Restaurant Group.

Sullivan’s Steakhouse will be hosting a four-course dinner on Friday, June 10 with hand-selected brews from Half Acre Beer Company. The cost is $65 per person plus tax and gratuity. Reservations can be made from 5-9 p.m. Limited seating is available.

Sullivan’s is located at 415 N. Dearborn in River North.

In a span of four days, more than 400 women will be performing 80-plus shows at Stage 773 in Lakeview. Sketches and shows will be performed by new faces and comedy veterans alike. Second City mainstage regular Holly Laurent, along with Katie Rich, a writer from SNL, will be showcasing their sketch team “Joan and Ro.” The festival will also feature Susan Messing, Rachel Mason, Dina Martinez, Simply Shanell and many more.

A Father’s Day dining deal on Sunday, June 19 gives dads a complimentary steak (up to $50) with an entrée purchase of equal or greater value. In addition to the food, the restaurant will offer a special hickory pineapple margarita on Father’s Day. 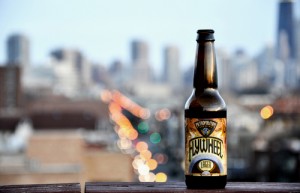 The Greater Ravenswood Chamber of Commerce is set to host the inaugural Ravenswood on Tap, a new outdoor festival showcasing nine neighborhood breweries and one distillery, on Saturday, June 25 from 3-9 p.m. A $5 donation is requested, with beer tickets available for sale ($6 for a 12-ounce pour) and proceeds supporting the Ravenswood Chamber of Commerce greening initiatives and Bowmanville Community Organization programs.

The festival will be located at the corner of Foster and Ravenswood (1801 W. Foster, in front of Empirical Brewery). For more information, visit www.RavenswoodChicago.org/ontap

AlphaBeer XV is returning to AJ Hudson’s Public House on Saturday, June 25 from 6-9 p.m. This season’s AlphaBeer will be all about the “Beers of Summer,” and there will be brewing experts and 26 different kinds of beer available — one for each letter in the alphabet. Tickets are on sale for $50 per person and may be purchased online.

Saved by the Max: The Saved By The Bell pop-up diner now open in Wicker Park 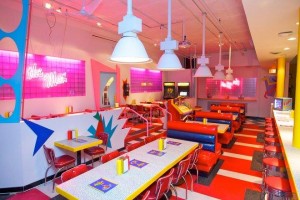 One of the most anticipated pop-up restaurants has arrived — Saved By The Max, a knockoff of The Max, the restaurant made famous in the 1990s teen sitcom Saved by the Bell.

The restaurant’s outlandish color schemes, jukebox and layout are a few of the similarities to the cult TV show’s after-school hangout spot.

Thursday: Excision & Grandtheft at The MID; Major Lazer at the Aragon Ballroom; Don Diablo at the Evil Olive; Miike Snow at the Concord Music Hall

Saturday: Jauz & Marshmello at The MID; Snakehips at the Primary; Big Gigantic at the Concord Music Hall

Sunday: Snails at the Evil Olive; Yellow Claw & Boombox Cartel at The MID

Tickets on sale through www.Clubtix.com 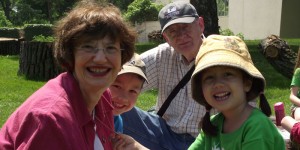 On Thursdays from June 23-Aug. 25 (except July 28) doors at the Notebaert Museum will stay open until 8 p.m., three hours longer than normal to explore exhibits, meet the animals and walk through the outdoor prairie. Every Thursday is still a suggested donation day for Illinois residents.