First Look review: Watch good Midwestern people fall under the spell of influence and power in The Goodman Theatre’s “Soups, Stews, and Casseroles: 1976” 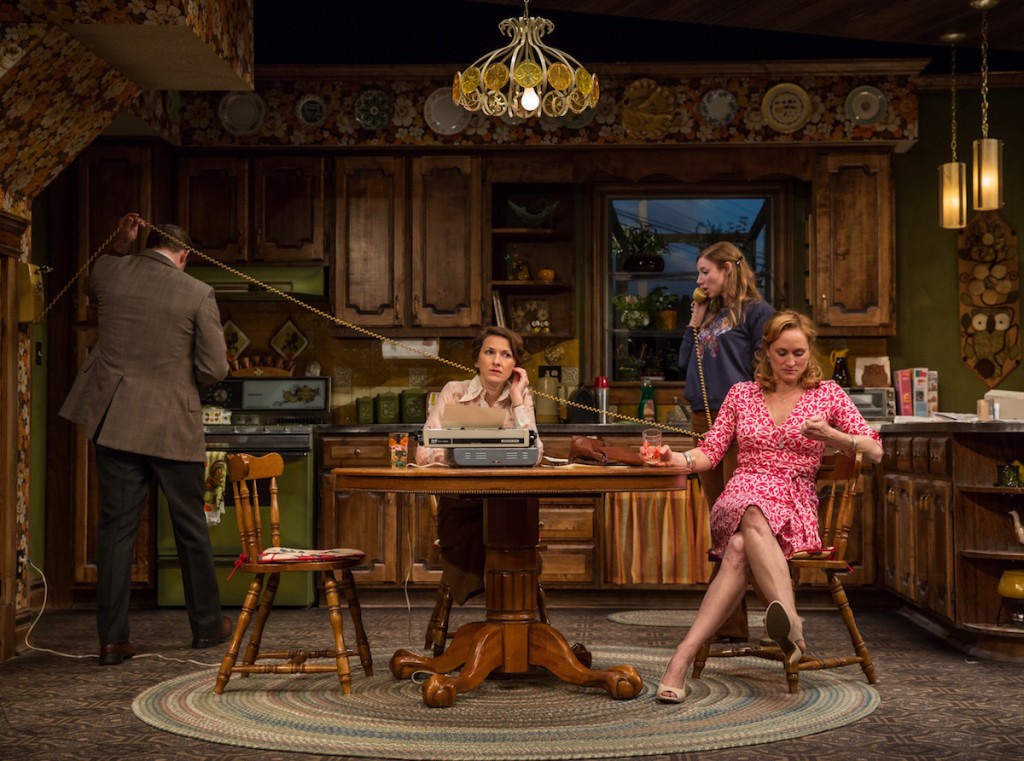 Basic storyline: In small town Reynolds, Wisconsin, in the year of the American bicentennial, the livelihoods of many are dependent on the Farmstead Cheese Factory. Life runs as routine as a factory line, but when a Chicago conglomerate by the name of Consolidated Foods takes over and threatens to replace factory jobs with machines, the town becomes on edge.

For the Dursts, it becomes more than a question of employment. Kim Durst, the father, works the line in his factory whites, but after his “welcome-wagon” wife befriends Elaine, the new boss’ wife, he finds himself climbing the corporate ladder. He becomes wedged between newfound success and the workers’ union he was once loyal to. Kat, his wife, finds herself enjoying the new social influence of Elaine, while their ambitious and college-bound daughter Kelly watches her parents slip up from the sidelines. That is until she’s seen enough.

Soups, Stews, and Casseroles: 1976 is the eighth collaboration between playwright Rebecca Gilman and director Robert Falls for the Goodman; they are two of the most esteemed figures in Chicago theatre.

What stood out: Good people in a good story. The characters in Soups, Stews, and Casseroles: 1976 are all inherently good people in a hardworking, Midwestern town. The evil corporation goes unseen, but its influence and power weighs heavier than the July heat. Even more enjoyable is watching good people fall under the spell of said influence and power — and not in some bullshit, Wall Street movie way. Again, real people, good people, who just want a bit more to provide for their family. 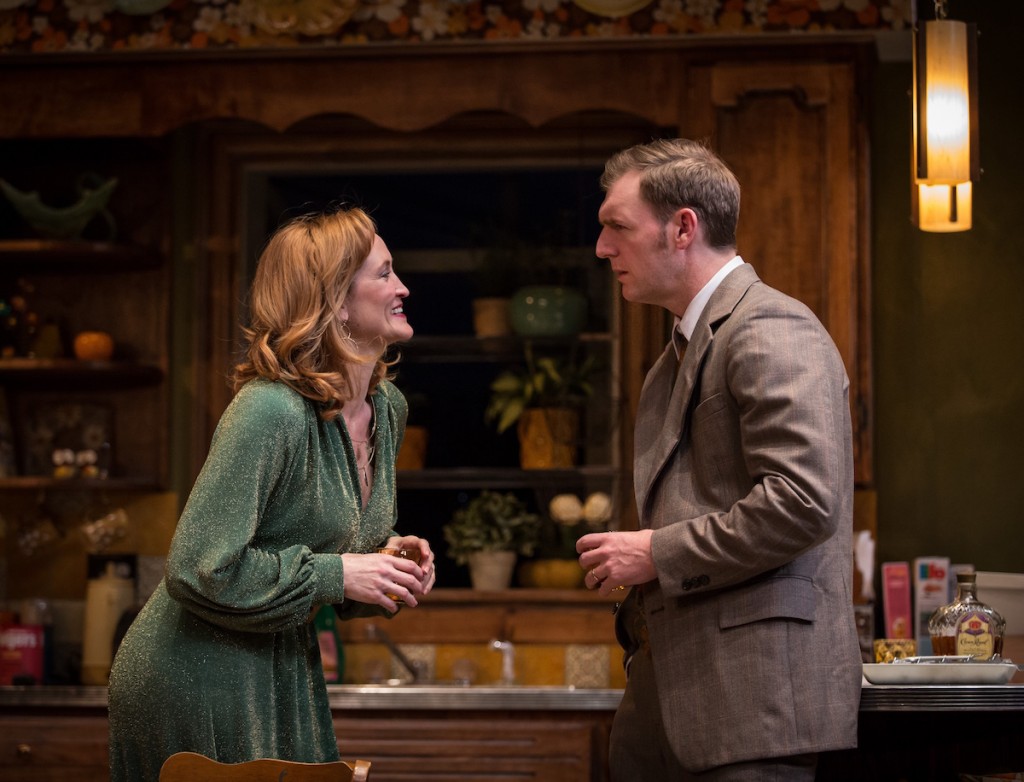 Through Kim — and the wonderful performance by Cliff Chamberlain — the audience is thrown right into the big questions. It’s more than just corporate vs. union. It’s Kim vs. his longtime friends. It’s getting the success you deserve in life (the chance to eat upstairs) vs. loyalty to others (those eating in the factory floor breakroom). It’s being a “sell-out” or being rewarded for “having something to sell,” as the play points out.

Chamberlain’s performance carries all of the guilt, denial and want for what he’s owed that he and probably the whole hardworking town feels. The play, as a Gilman production proves time and again, is masterful in exercising a natural feel and tone to a situation. There is such heart for each character, and even though you’ve got a day-drinking, spurned wife, a mouthy, self-righteous friend, and beer-swilling factory workers, the play doesn’t spin out of control on stage. It’s paced with the slow burn of the town and how these people slowly deal with it.

And it leads to some exquisitely memorable moments, too, like, “Wipe your stupid face,” delivered expertly by Lindsay Stock, playing the bright daughter. Stock herself has a bright future, fitting in alongside great performances by Cora Vander Broek as Kat, Angela Reed as Elaine, Meg Thalken as an old friend JoAnne, and Ty Olwin as union leader Kyle.

Final thoughts: Soups, Stews, and Casseroles: 1976 is clearly a timely piece of work based on how unions are being treated today. If the underlying social message is thick, it’s probably because it needs to be in today’s political landscape. I actually think it’s a bold move for the Goodman, a theatre that’s frequented by many people who eat upstairs for lunch, to put on this play. But make no mistake, this play excels because the audience feels first and foremost how one family deals with the problem.

And the period piece element of the play can’t go unnoticed. While there aren’t any Wisconsin accents to poke fun at (although part of me wishes there were one or two), there is a dead-on feel for the Midwest in 1976. It’s in the set (a kitchen that practically mirrors the one I grew up in), and it’s in the people (I swear passive-aggressive behavior should be touted as part of Midwestern tourism). The play is also accompanied by some folksy music that is almost reminiscent of a ’70s or ’80s sitcom, and the play’s title stems from a charity cookbook the townspeople put together that has just that: soups, stews and casseroles.

All of this adds up to a very powerful sense of nostalgia that should make a prominently Midwestern audience (like myself) not forget where they came from. So if we’re not personally dealing with this particular social problem today, odds are, if you grew up in Chicago like I did, or somewhere in the Midwest, your parents did.

And if you’d indulge me: Like Kim in the play, my dad had a penny jar and refused to tell me which candidate he voted for. Like the set, we had a yellow, wall-mounted telephone with a cord that stretched to the dining room for privacy and possibly the moon if you tried. The chairs, the fridge, the fact that most of our lives existed around an oak kitchen table, it all struck a chord with me. I could feel that all of that may be lost, and that made me sad. And it made me wonder what would happen if it was lost, and if families today are as strong as this one is. Nevertheless, the period of this play makes an impact that I suspect could have a similar effect on many in my generation, and on those from the generation before me.