The Big City Blog: Buddy is back — The 82-year-old blues legend takes up annual January residency at Legends 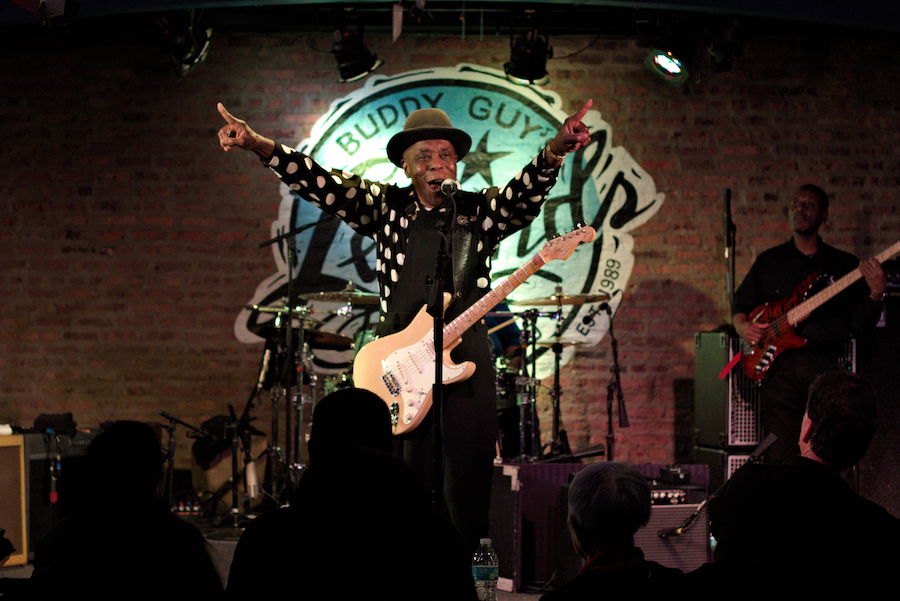 In Chicago, we know a thing or two about legendary figures. Al Capone, Michael Jordan, Oprah Winfrey, Buddy Guy. It may be difficult to catch the first three in Chicago this January, but the latter, well, he’s taking a break from his tour schedule to once again settle in for his annual month-long stand at his namesake blues bar, Buddy Guy’s Legends.

Guy is also renowned for his showmanship — it’s not uncommon to see him play the guitar with drumsticks, upside down or while walking through the audience.

Long celebrated as both a blues and rock music inspiration (and Rock and Roll Hall of Fame inductee), Guy is also renowned for his showmanship — it’s not uncommon to see him play the guitar with drumsticks, upside down or while walking through the audience.

Along with the Blues Festival in Grant Park each June, this extended winter residency is one of the top highlights on the city’s blues calendar each year. Witnessing a one-of-a-kind show from a living legend in an intimate setting is something to brag about. Especially considering the Legends’ stage has been graced by the likes of The Rolling Stones, Eric Clapton, John Mayer and others.

Insider’s tip: Take a walk around the club and check out the incredible collection of rare blues memorabilia. And don’t overlook the excellent New Orleans-style grub as well. Playing every Thursday-Sunday in January. 700 S. Wabash. 312-427-1190. BuddyGuy.com