First Look review: Second City’s “Unelectable You” is a rollicking, tongue-in-cheek mockery of the 2016 election 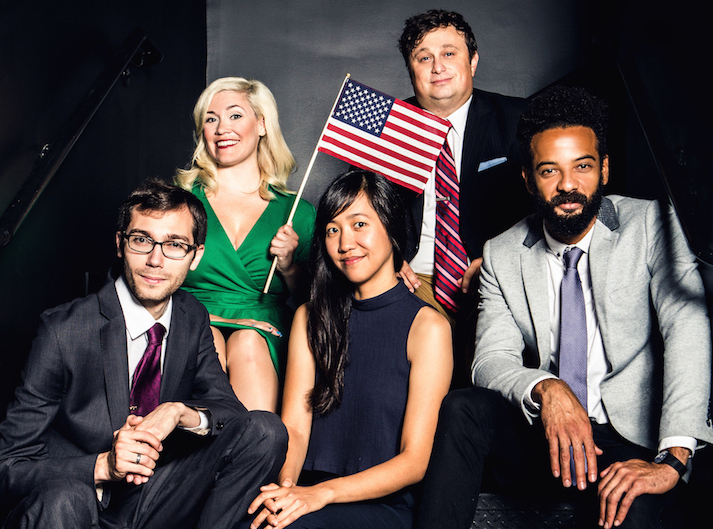 Playing at: UP Comedy Club, 230 W. North Ave., Thursday-Sunday through Aug. 28. Nightly shows at 8 p.m, with Saturday and Sunday matinees at 4 p.m. www.UpComedyClub.com

What to expect: The pitch of the glossy, tongue-in-cheek, and both good-humored and cynical new show Unelectable You relies heavily, as comedy often does, on balance. As a collaboration between Second City and Slate, the show advertises a “completely unbiased” stance —managing to poke fun at both Hillary Clinton and Donald Trump in an offering to its mixed Republican and Democrat audience (though, to me, it seemed like Clinton got both more flak and more support in the show’s spin of her as the “best worst female candidate”).

Cody Dove makes an excellent emcee, often raising serious questions or conversations among the varied improv sections mixed with political disillusionment humor (with an enlightening Skype-in from Slate author Michelle Goldberg on her stance on women in power) and oversees several Facebook comment skits in which the ensemble crouches and impersonates internet trolls among the audience. Be wary, though: As with most Second City and general sketch/improv comedy (and with, you know, elections) and to emulate a “poll” feeling, audience participation is encouraged. That means there is a chance you will be uprooted from the anonymity of the audience, subjected to the spotlight and questioned about your stance on change.

What stood out: As a Garfunkel and Oates fan, I particularly liked the inclusion of the satirical, folky, gung-ho-yet-serious musical sections that expose the song and dance of politics as well as allowing for anything from All-American shticks (including a grown man dressed as a bald eagle) to a crackling, starry-eyed and absurd yet sharp performance of Hillary Clinton by cast member Carisa Barreca. They captured an internet-fueled love of deadpan original songs (prevalent on Vine and YouTube) and hearken back to 1960s protest songs, which serve as a clever vehicle for a Hamilton reference. 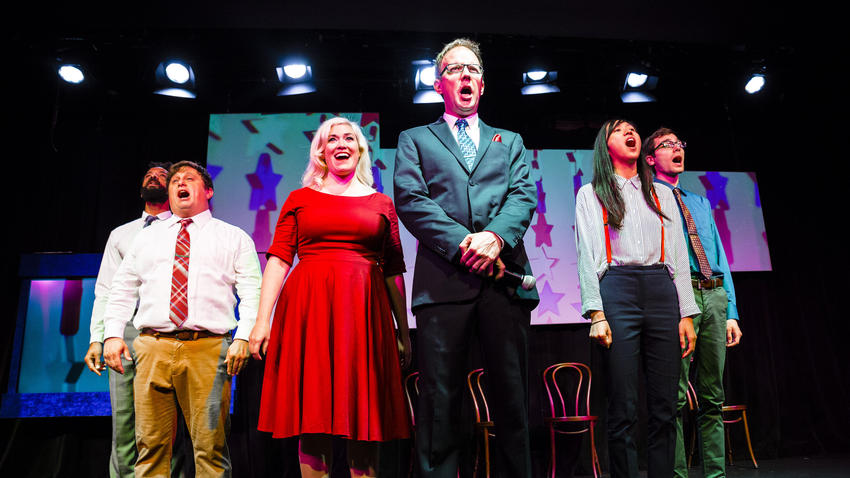 I also really liked the oddly charming back and forth in a skit between the candidates’ spouses, as well as a bit on Donald Trump fighting his own wig. Each cast member got their chance to shine in both improv and skits, and as personalized characters in sketches, with Frank Caeti’s big-wigged Bill Clinton, Alan Linic’s surprising but strangely plausible Trump and Bernie Sanders (hilariously stranded on a misty island of forgotten almost-presidents), Ian Owens’ spot-on, mic-dropping Barack Obama, and a back-from-the-past-and-future Sarah Palin from Tien Tran.

As a Garfunkel and Oates fan, I particularly liked the inclusion of the satirical, folky, gung-ho-yet-serious musical sections.

Final thoughts: If you are a fan of how SNL does politics, come see this show. In a world that has often sought out humor as a coping mechanism in times of trouble, Unelectable You will either take your mind off politics for a second or remind you of how fast the world is becoming a fiery hellscape of limited options — or maybe that it has been a slow burn all along (as referenced in the show’s song “Do you remember? Neither do I” in which cast members try to recall if America was ever great).

While I am tempted to say that this show is not for the easily offended, the cast did an impressive job of presenting political humor in a way that doesn’t seem to pander or alight too long on one side or the other, instead choosing to focus on the failure of the two-party system. Comedy is unique in its ability to either alienate or, as the show specifically expresses, bring a group of people closer together. And Unelectable You (the crux of which, in a both incredibly earnest and wickedly sarcastic moment, tries to elect a cast member as President with the audience’s full backing) fulfills this and then some.

Shop Around The Corner: The West Loop’s ...