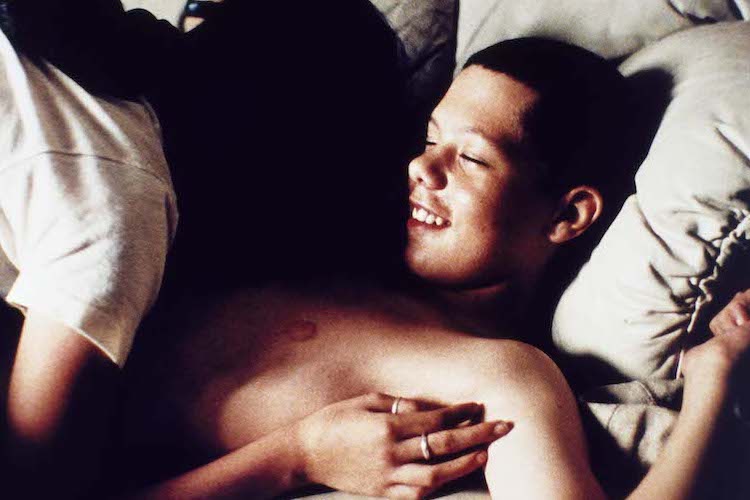 Where and when: The Museum of Contemporary Art, 220 E. Chicago Ave. through July 23. www.MCAChicago.org

Overview: The last time I was at the Museum of Contemporary Art it was to see the David Bowie special exhibit. I had never seen the life and works of an individual displayed with such detail. The museim’s current exhibit, Eternal Youth did the exact opposite — it presented the story of a generation.

The exhibit spans over two large rooms on the second floor of the building. Through the doorway, you are confronted by multiple forms of media. One wall is lined with photographs, a sculpture of the Pink Panther hugging a mermaid stands in the center of the room, and on the other end, paintings and VHS tapes finished off the menagerie of styles.

(The exhibit uses) films that hyperbolize the fast-paced, look-obsessed and peer-influenced world of teenagers into an almost maddening expression of boundless energy.

The exhibit is divided into five sections, each titled by the type of “youth” — ranging from desirous to political — displayed. Each division is headed by a summary of the r 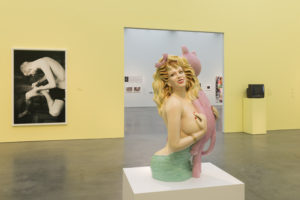 ole that youth has played in various aspects of culture and the ways in which maintaining youth has become an obsession in today’s society. The collection spans from works as far back as the 1950s up to modern pieces of today.

One of the largest collections is a shot of stills from Larry Clark’s infamous Kids series and movie. The stills capture the awkward, moving and, at times, shocking moments in the lives of teens trying to find their way in a world of drugs, violence and sex. The other exhibits take off in either direction.

One of my favorites was a photograph titled “Self-Portrait as a Fountain” by Bruce Nauman, which features a young man, posed as a marble figure might be, spitting water from his mouth. Aside from the play on “Fountain of Youth,” the shadows, isolated background and lighthearted expression of the subject encompass the playful nature associated with being young. 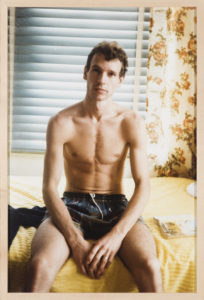 On the other end of the spectrum, there are films that hyperbolize the fast-paced, look-obsessed and peer-influenced world of teenagers into an almost maddening expression of boundless energy. In addition, there are several exhibits that combine static or moving visuals with an auditory sensation, providing a perspective on what it means to be a teen in recent decades.

Final thoughts: Overall, Eternal Youth, leaves its audience with more questions than answers, but that is the point. The “appropriate” behavior of both teens and the society representing them are brought into question by a fascinating collection of ads, paintings, photographs and multimedia projects. The Museum of Contemporary Art truly creates a space where both the highs and lows of youth can be examined, discussed and appreciated by adults, youthful or otherwise.