First Look review: The Joffrey Ballet’s “Swan Lake” is a physical and aesthetic spectacle primed for ballet lovers — as well as first-timers 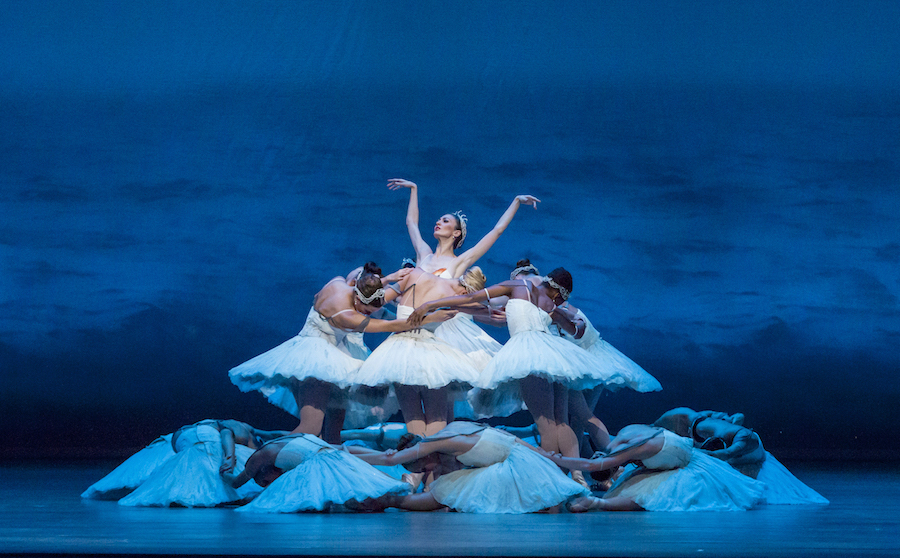 Basic storyline: So this was my very first ballet ever. I went into this experience completely blind, having only the knowledge of having heard the title, Swan Lake, at some point in my past and wondering if it is at all similar to Black Swan, the movie.

The scene starts out in this giant mansion (which I later found out was a ballet studio), where all the ballerinas begin to assemble for their rehearsal of Swan Lake. A tall, rich patron offers money to the ballet master, who then has the ballerinas perform the first act of Swan Lake for the patron. Coincidentally, it is the prince’s birthday, so he and all of his friends gather to watch the rehearsal as well. However, the prince is suspicious of the patron’s intentions for this performance.

Dances commence, both of the ballerinas and of the prince, and of his friends. The queen then announces her arrival and gifts her son with a crossbow for his birthday. After everyone leaves, the prince admires his new crossbow and parades about the room until he notices that he is no longer in his studio, but has been transported to some other realm, which turned out to be Stranger Things: Swan Edition. It is here where the prince is introduced to Odette, queen of the swan maidens. He instantly falls in love with her, but quickly realizes that she is under the control of an evil sorcerer (the patron – who is basically like a dementor with the eyes of the Darth Maul monster from Insidious).

The story then focuses on the parallels of the prince’s reality and his swan universe as he courts and fights for Odette against the patron/sorcerer.

The leads were performing moves of extreme athletic intensity with the fluidity and precision of moving illustrations. … It was truly captivating.

What stood out: First and foremost, the leads: Victoria Jaiani (Odette), Dylan Gutierrez (the prince), Fabrice Calmels (patron/sorcerer). While all the other ballerinas were good, these three were truly phenomenal. When the play started out, I was aware that I was watching a ballet. But when the scenes where the leads take the stage took place, it felt as if I was watching liquid figurines glide across the proscenium. There were several times throughout their performances where I felt compelled to vocally exclaim, “Wow.” They were performing moves of extreme athletic intensity with the fluidity and precision of moving illustrations. Leaping higher into the air and landing gracefully with almost no 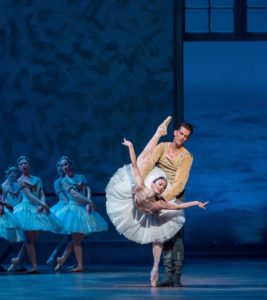 sound at all. It was truly captivating.

I also was very much unprepared for how much of a spectacle it was going to be. The set pieces were massive and beautiful. Perhaps my favorite effect was the transition from the regular world to the Stranger Things land. The giant walls were painted to loosely look a bit impressionistic, covered with swashes of brush marks. Except the brush marks were painted with florescent paint, so that when the lighting switched to the dark blue wash, the brush marks lit up brightly and glowed eerily. This helped contrast with the fact that the walls were a bit translucent, so we were able to see shadows through them on the other side.

Each scene had several points where the dancing, scenic design and lighting came together to create literal paintings on stage.

Final thoughts: After seeing Swan Lake, I can understand how ballet is an art form that has been around for hundreds of years. It is a uniquely enjoyable way to experience storytelling without dialogue. I very much look forward to seeing more ballet in the future, as well as encouraging more of my peers to do the same.