First Look review: Steppenwolf’s “Downstate” is a thought-provoking story that challenges one of society’s most unwavering preconceptions 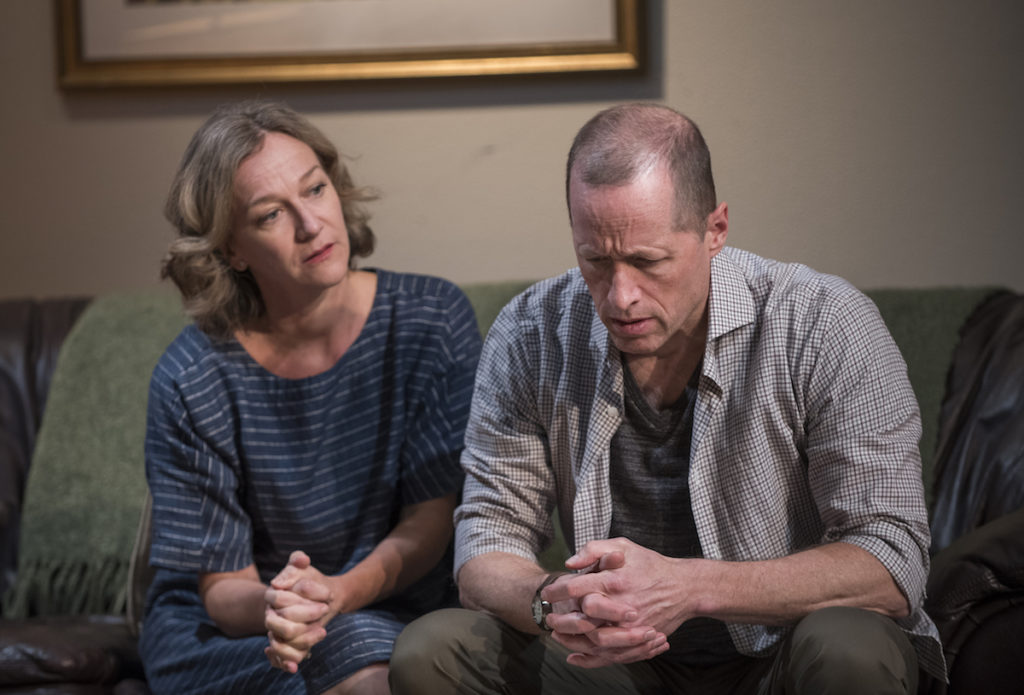 Basic storyline: In the first act of Bruce Norris’ latest work, Andy (Tim Hopper Fred) confronts Fredrick Nyberg (Francis Guinan) — the man who once molested him. But Fred hardly fits the bill; he’s a jovial, wheelchair-confined old man endeared to his roommates (who are also sex offenders sharing the charity-provided group home). There’s also Dee (K. Todd Freeman), a former dancer who carried out a sexual relationship with a 14-year-old castmate, which he believed to be consensual. Gio (Glenn Davis), who “merely” committed a statutory offense, howls at the outrage of being housed with higher-level offenders. And finally, Felix (Eddie Torres), who molested his preteen daughter but insists he still loves her.

We see how the men’s lives — even after their term of imprisonment ends — are destroyed. Parole officer Ivy (Cecilia Noble) informs the group that, due to new school zoning, they have been confined to a smaller radius and must find a new place to shop. Later, Fred reveals to Andy his paralysis was caused by a man who read about his crimes and nearly beat him to death. Downstate is, if not an attempt to convince an audience to extend pity to a universally despised class of person — the pedophile — is an exploration of the question: These people are out there, so what does society do with them?

Downstate does an excellent job of balancing perspectives and challenging preconceptions. … It invites the audience to consider empathy for those who society extends it to least of all.

In Downstate, the lines are blurred in many ways. There are no clear-cut perpetrators or victims. Dee scoffs at Andy’s claim that a few events from childhood have scarred him throughout his life, while clearly struggling with his own childhood trauma. Yet doubt is cast on Andy’s purpose for visiting the home — and even his story of victimhood. 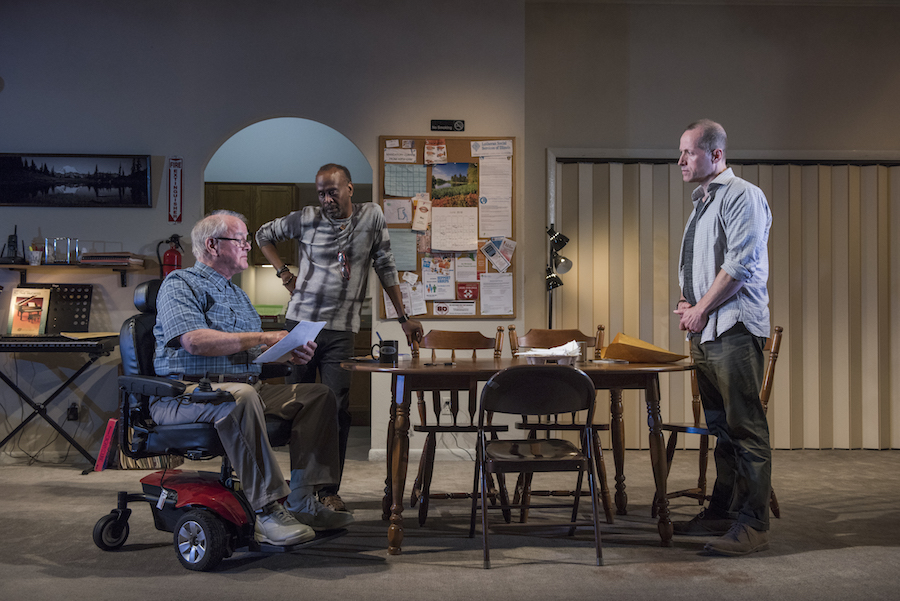 What stood out: The show does an excellent job of balancing perspectives and challenging preconceptions. Norris’ characters do fall into certain archetypes, but with twists. He also allows for terrible people to be understood while they suffer. Downstate invites the audience to consider empathy for those who society extends it to least of all.

Final thoughts: Downstate is a bold effort given the recent #metoo movement and atmosphere surrounding sexual assault. Norris no doubt intended the show to be incendiary and thought-provoking, and the story that unfolds on stage prompts one to wonder whether men who have done evil things are absolutely evil — or like every one of us — simply flawed.