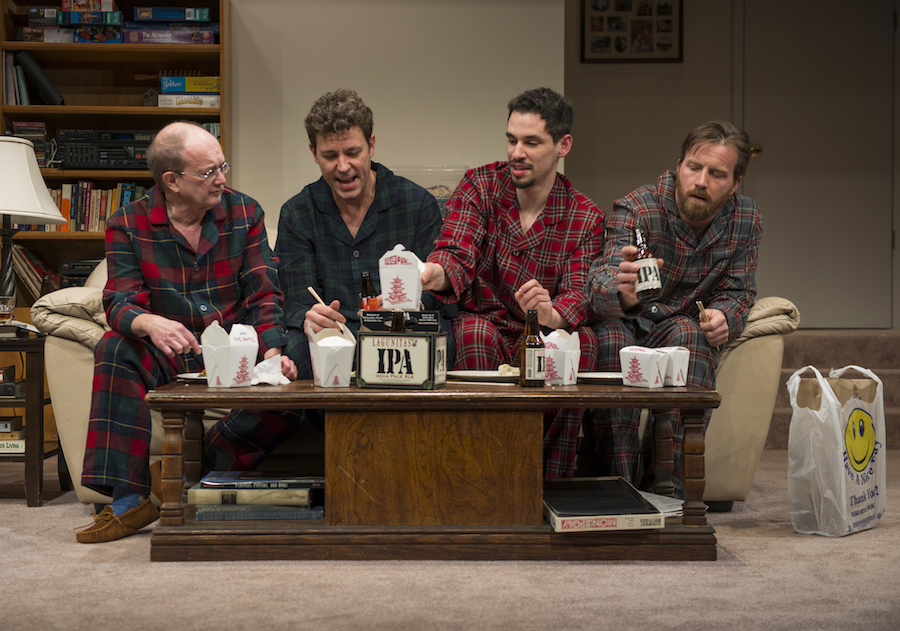 Playing at: Steppenwolf Theatre, 1650 N. Halsted. Showtimes are Wednesdays through Sundays at 7:30 p.m.; Saturdays and Sundays at 3 p.m. and 7:30 p.m. through March 26. www.Steppenwolf.org

Basic storyline: Three brothers, all now well into adulthood, find themselves spending Christmas with their widower dad back in their childhood home. They reminisce about adolescent pranks and nicknames and continue to give each other a hard time, in the way that only siblings can. As they recall stories of how they all looked up to their oldest brother, Matt, they quickly begin to realize that maybe something isn’t quite right with him after he breaks down crying in the middle of Christmas Eve dinner.

The family’s concerns only grow when Matt continues to plead that he’s fine, leading everyone to project their own fears and insecurities onto him, exposing their “privilege” and claiming that they know what’s best for him.

The strength of the ensemble made this show incredibly compelling to watch. … From the beginning, I felt drawn in to go along for the ride.

What stood out: The strength of the ensemble made this show incredibly compelling to watch. While each individual performance had me invested in the characters, the dynamics of these characters, grounded intentions and sense of play had me invested in the story. From the beginning, I felt drawn in to go along for the ride that was Straight White Men. Also, there is a super fun drunken dance scene that was a standout moment. I don’t want to give anything away, but it’s way awesome. 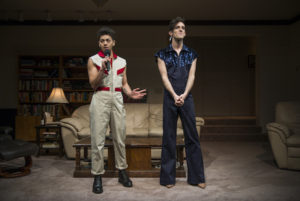 The themes in this show were very overt. As you take your seat, the pre-show music is loudly blaring sexual expletives that could easily make you feel uncomfortable sitting next to the theatre’s traditionally older patrons. It very much felt like being in a club, or as my girlfriend said, “I feel like I’m in an episode of Girls.” This is, of course, done on purpose to launch us out of our comfort zones or, as I would like to call it, our “privilege” zones. While I do not feel that the pre-show music matches the tone of the show, it definitely openly presents the themes. So don’t worry if you aren’t into that sort of thing. You should still enjoy the show.

Final thoughts: I very much enjoyed Straight White Men. With a 90-minute run time and no intermission, it’s an engaging family drama that heavily tackles the themes of privilege while trying to frame it in a light where someone like me, a straight white male, can understand and empathize. Go see it.

Shop Around the Corner: The Colette Collection ...