First Look review: Griffin Theatre’s “The Birds” is a haunting tale about the dangers of human nature 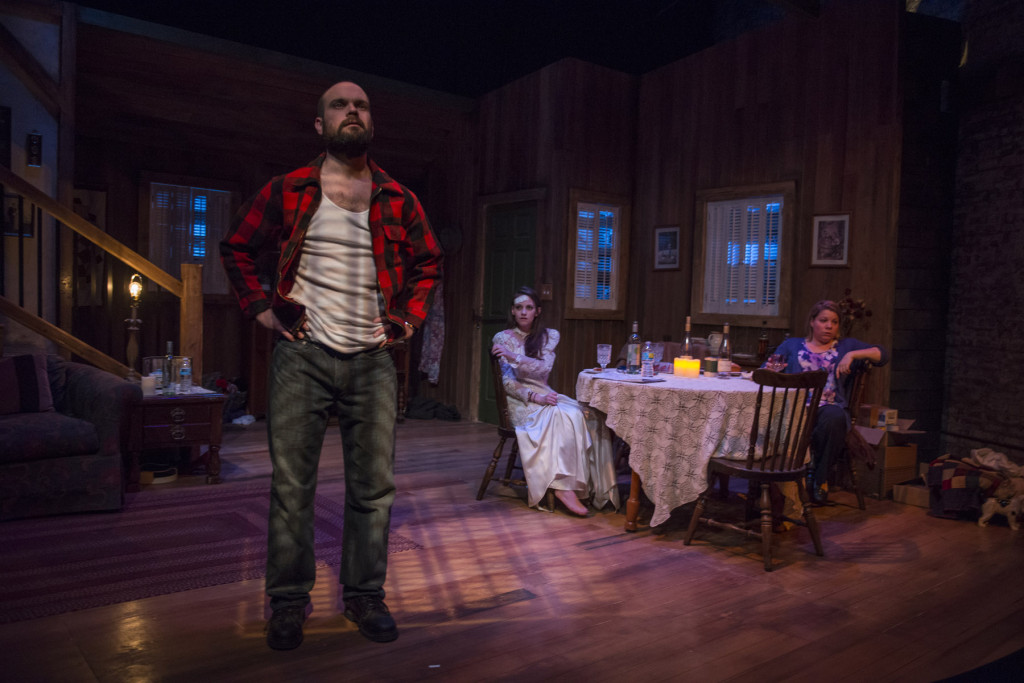 Basic storyline: The Birds follows a group of three characters as they try their best to survive in a deserted world under attack by violent birds. The last people left alive, they find refuge in a cabin in the woods and occasional solace in one another while exploring their immediate surroundings. But as their stay in the cabin goes on, each person must confront their ugly past and uncertain future. Tensions boil, as they discover that at the end of the world, fighting to survive is cumbersome at best.

What stood out: This play, unlike most, takes place in only one location — the cabin. There aren’t any set changes and very few costume changes, so it isn’t exactly a fast-paced show. Yet despite the monotonous set, it was a beautiful and realistic portrayal of a cabin, complete with old-looking furniture, picture frames and drawer sets.

The most notable thing about The Birds is the fact that not one of the characters is especially likable. I kept waiting to align myself with one of the characters or their stories, and though each had their moments, their negative traits overshadowed them. The closest audience members may come to liking someone in the play is with Julia, the childish, free-spirited soul who always tries to find the positive in things. However, a turning point in the plot quickly hardens her character.

Final thoughts: The fact that you can’t truly root for any of the characters makes the play harder to invest in, but I think this may have been the point of the show as a whole. The anti-hero qualities in Diane, Nat and Julia are meant to show the nasty side of human nature and the lengths people will go to get what they want. And most interestingly, The Birds reveals to us how important it is to have companionship with others, and how lonely we would be without genuine human connection.

Cool treats for summer: Where to go ...