First Look review: “Van Gogh’s Bedrooms” at the Art Institute is a touching tribute to a beloved artist’s search for home 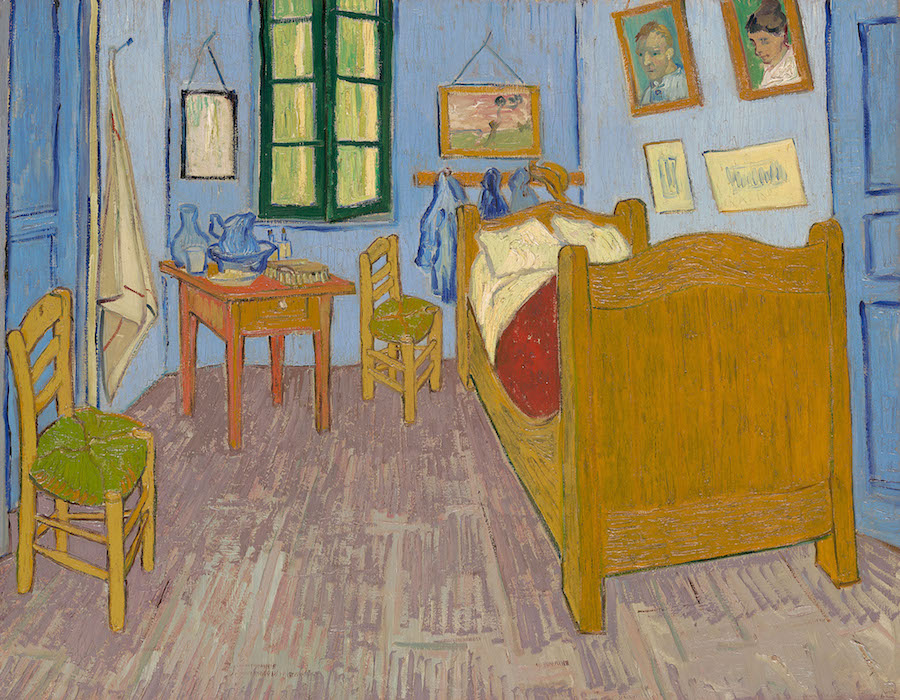 Where and when: The Art Institute of Chicago, 111 S. Michigan, Regenstein Hall, through May 10, 2016. www.ArtIC.edu/exhibition/van-goghs-bedrooms

I have visited the Art Institute many times. Sometimes it’s to draw architecture and statues or to study the works of Seurat, or to write papers on the paintings of El Greco — and yes, as all history nerds are apt to do, occasionally to joke around about the hilariousness of medieval art. However, in my four years in Chicago, never have I been as moved by an exhibit as Van Gogh’s Bedrooms.

You are immediately presented with the fact that Van Gogh moved 37 times in his search for a home all over Europe and was only 37 when he died. Yet he created a body of work that bursts with life; so much so, that as the end of the exhibit reminds us, Van Gogh continues to inspire areas like television through high fashion more than a century after his death. 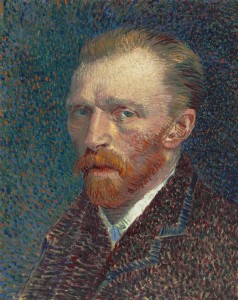 The setup of the exhibit creates two motifs: 1.) To be as intimate as Van Gogh’s Bedrooms paintings themselves, and 2.) To convey the concept of “home” that Van Gogh searched for, whether through his collection and study of birds’ nests and peasant homes or through his relentless need to capture the “simplicity” and “repose” of his own bedroom at Arles. The exhibit is very linear, with a timeline the audience is invited to follow laid out on a curved wall. Then, each room is centered on a period of his painting life which, beginning in 1880, really lasted only a few years between Nuenen, Paris, Arles and, finally, Saint-Remy and Auvers. The rooms are painted rich hues — green, maroon, tan — to match and offset his own paintings and drawings as well as those of the artists (Seurat, Gauguin, Toulouse-Lautrec) that inspired him.

What I loved about this exhibit is that it is so surprising, playful and tactile. I was surprised to see that his early projects are nothing like the sunny yellow-and-blue work we all know from Starry Night (which, no, is not part of this one). It’s all in muddy brown and green tones, as he was heavily inspired by Jean-Francois Millet’s earth-toned work, like it was made of soil from the fields he painted.

The exhibit places emphasis on his later love for contrasting colors — blue and orange, yellow and purple, red and green — and, in fact, contains a reproduction of a red lacquer box that he combined shades of yarn together to mix and match these colors, accounting for his unusual brushwork. Be sure to check out the Paris room for the answer to how Van Gogh’s work became so unique in color and form, and to look closely at all of his paintings. Several of them have so many layers of paint that they are almost “sculptural.” 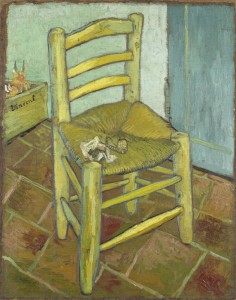 Vincent Van Gogh’s work is almost universally introduced to grade schoolers, which means the exhibit attracts children as well as their art-loving parents. Besides the bedrooms, fan favorites include his self-portraits and his two chair paintings. In the heart of the exhibit is a reproduction of his (tiny, tiny) bedroom at Arles, from which you are invited to look in from the very spot by the chimney where he worked. A further room presents an interactive examination of details of all three paintings and their similarities and differences, as well as a scientific study of the paints and layers in the bedrooms (Spoiler: The floor was meant to be red!).

In the next room are the three bedrooms, hung right to left. In a span of only a year, Van Gogh painted and re-painted this one work in a frenzy of inspiration and exhaustion, suffering everything from water damage to the original to deteriorating mental health. However, it was his excitement at convincing fellow artist Gauguin to join him in the Yellow House, spurred by his joy that he may have finally found a home, which allowed him to finish the three works. This room has benches and constant photography, though not as much as to make it distracting: couples, families and students all peer from one to the next to see what makes them different, and all offer opinions on which is “the best.” A couple near me decided it was the second (with the blue floor, and which is the Art Institute’s own). I agree, and I think Van Gogh did, too.

Van Gogh’s Bedrooms creates a sense of triumph and life out of loneliness in that it is the first time all three versions of The Bedroom have been hung side by side in North America. As the audience, you feel a sense of familiarity, of At last!, at seeing them together. As Van Gogh originally wanted from his paintings and from his Yellow House, the Art Institute truly created “une maison de artist…nothing precious, but everything from the chairs to the pictures having character.”