First Look review: Shattered Globe Theatre’s “The Grown Up” is a comedic take on the struggle to maintain your innocence 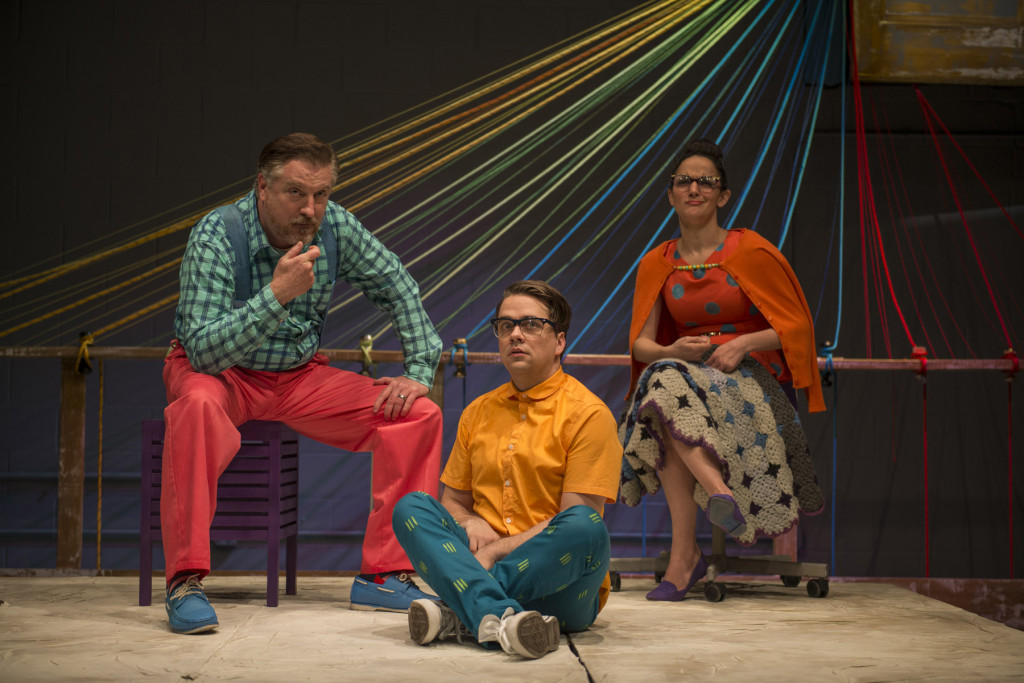 Basic storyline: The Grown Up begins with 10-year-old Kai and his younger sister Annabelle listening to their grandfather tell a mystical tale about a crystal doorknob. Kai, in innocent curiosity, turns the doorknob and is transported 15 years into the future. Kai rediscovers the doorknob in his 20s and turns it again, transporting him into his late 30s. With every turn of the knob, Kai is launched further into the future. As the years fly by, Kai learns the difficulties of growing up and the importance of living in the moment.

What stood out: The use of narration and monologue were significant aspects of the play. Performers not acting in a scene often narrated the thoughts of the characters in-scene, adding a dimension to the dialogue that was entertaining. Monologues by the characters also added a surprising amount of emotion. The level of acting displayed isn’t something you would expect from a lighthearted comedy. The monologue by the fast-talking Rosie was my favorite; it was funny, endearing and even a little tragic, but it gave backstory to what would have otherwise been a forgettable character.

It is worth noting that while the show only stars six performers, with the exception of Kevin Viol (Kai), each actor plays at least two different characters throughout the story. Also, the rapid scene changes will keep you engaged. With the play running just over an hour, it doesn’t dwell too long in any single scene. The performers’ speedy rearranging of props between scenes gave the story momentum, and the ever-changing characters and scene setups will keep you on your toes.

Final thoughts: While The Grown Up won’t make you cry, it’ll certainly make you laugh, and most importantly, think. Kai’s fate at the end of the play is confusing to interpret due to the way the story unfolds, but you can still understand the message of the play as a whole. If you’re a 20-something watching this play, you’ll wonder if youth really disappears as fast as it did for Kai. If you’re middle-aged or older, you’ll wonder where the years went. But to all ages, The Grown Up is a playful take on the struggle to maintain innocence no matter what your age.