First Look review: With superb acting, Steppenwolf’s “The Herd” is an emotional run through the complexities of family life 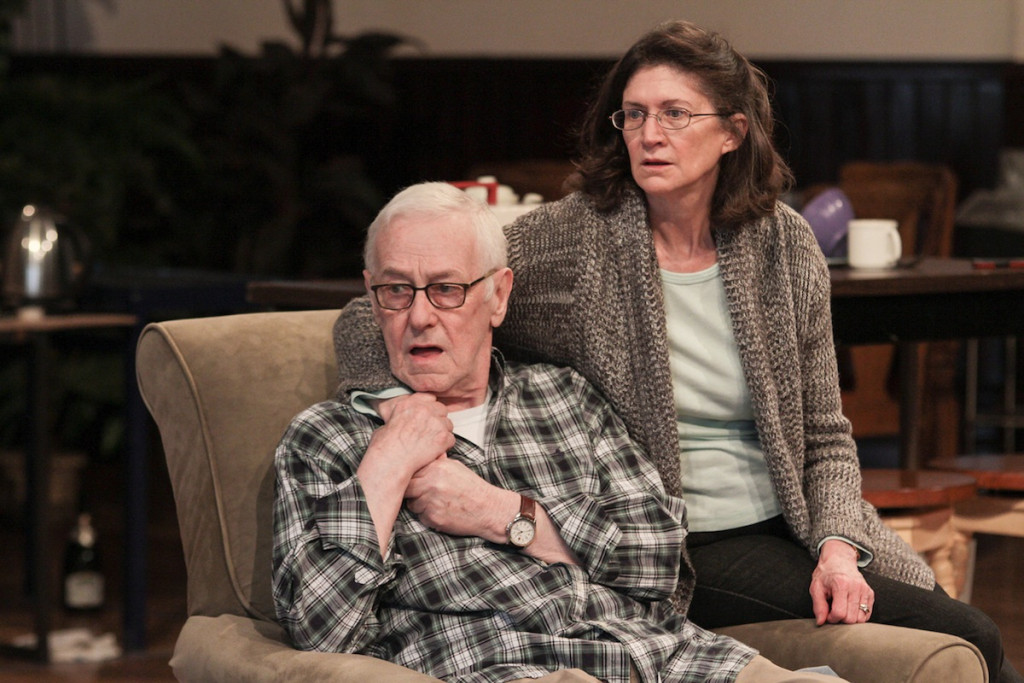 Basic storyline: Carol is preparing her suburban London home for her extremely disabled son, Andy, and his 21st birthday. Her daughter, Claire, and her parents, Brian (John Mahoney of TV’s Frasier) and Pat, are coming over to celebrate. Three unexpected guests complicate matters as the family waits for Andy’s caretaker to bring him home. There are no scene cuts and no intermission, so the audience is seeing just a one-hour and 45-minute slice of this family’s life.

What stood out: The contrast of light humor with dark, ferocious emotion. Almost all of the dialogue is either light-hearted teasing, savage shouting matches, or touching heart-to-hearts.

Grandma Pat and Grandpa Brian are particularly funny. Brian hobbles around the stage with a cane, but we learn that he is quite a lady killer at his poetry class. When Brian needs to use the restroom, Pat goes with to help him, resulting in a lot of bumping around and shouting through the door. The cake they bring becomes a recurring joke.

Carol, on the other hand, has no time for laughter. She is mother ma 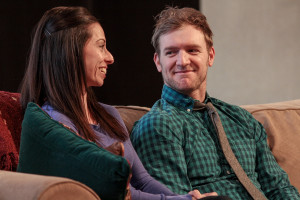 rtyr, feeling the burden of taking care of a fragile child on her own for two decades. Her anger feels justified and overblown at the same time. Much of the play feels defined by the arguments between Carol and various other characters. When they argue, the animosity between the characters is visceral. “Argue” feels too mild a verb — it’s more like a full-on battle.

Final thoughts: The story of The Herd is very much based on the emotions of the characters rather than action. The drama builds slowly then explodes, collapses, and reforms into something new. Because every character has the chance to play off the other, each personality is fully explored. The complexities of family life are put on spectacular display because the setting is so ordinary, and the people are so ordinary.

Though it is a story about family, the play is not family friendly, as Carol uses the f-bomb like it’s a conjunction.

The play is emotionally exhausting. I wouldn’t call it a fun night out, but it’s a play you won’t forget. The acting is excellent, and the writing is sharp. Brian’s heartfelt final soliloquy borrows from Shakespeare’s The Merchant of Venice. “The quality of mercy is not strain’d/It droppeth as the gentle rain from heaven.”

The healthier revolution: A few of ...