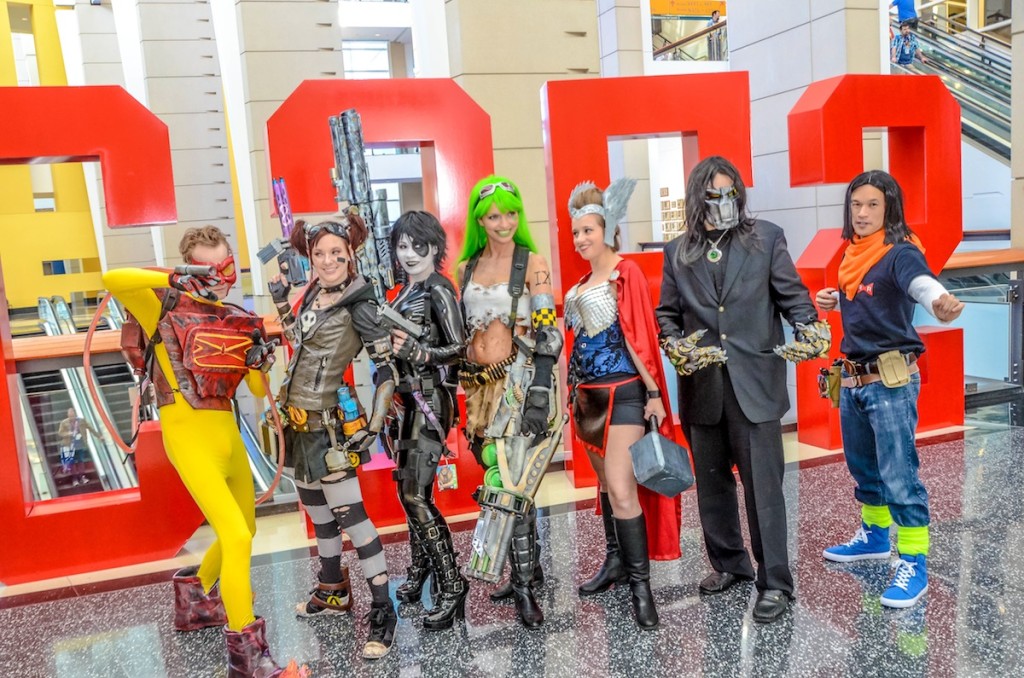 The best weekend of the year is upon us, people! Chicago’s largest pop-culture convention, C2E2 (Chicago Comic and Entertainment Expo), is coming to McCormick Place April 24-26, and I am here to tell you how to have the optimal first experience.

I have attended this convention the last two years, and it has only gotten bigger and better, packed with more panels, celebrity guests and crazy cosplays. C2E2 is a place for creative types to come share their passion with like-minded people. Whether you visit the hundreds of comic vendors, calmly stroll down the beautiful artists’ alley or cram as many panels into one day as possible, C2E2 will surely satisfy your inner nerd.

Now for you first-timers, I have a few things to tell you before diving head first into the deep colorful sea of craziness that is C2E2. 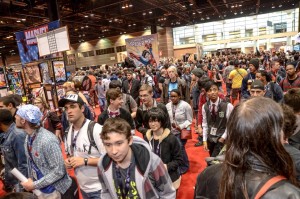 In my two years, I have talked to many people about their experience at the convention, and there is always one recurring theme: “I never got a chance the spend time in the artists’ alley.” This is a mistake, and one that I am hopefully preventing you from making. The alley takes up about a quarter of the convention floor, with original work created by a wide variety of artists. It is a fantastic way to support local and national artists while swagging out your home with some truly brilliant pop-culture art.

2.) Bring the family
C2E2 has been and continues to be a family-friendly convention, with a “kids day” traditionally taking place on Sunday, the closing day of the event. Strollers disguised as the Millennium Falcon and kids dressed up as their favorite super heroes litter the convention floor. Not only will the kids have enough to do just exploring, but there are educational panels held throughout the weekend. A special panel led by educators and industry professionals called “Comics make kids smarter: Exploring data-driven success in the comics classroom” is one that I am strongly recommending. The panel will from 12:15–1:15 p.m. on Friday.

In addition to these insightful panels, there are countless hands-on events happening with some of the comic book world’s most talented artists. “Kids make comics” is a fun panel brought to you by The International School of Comics in Chicago. It’s designed to show your child a practical process of making comics. The event will be on Friday from 2:15-3:15 p.m.

3.) Cosplay
In traditional fashion, C2E2 has a vibrant cosplay culture with hundreds of attendants strutting in elaborate (mostly) homemade costumes of their favorite pop-culture icons.

The cornerstone event at C2E2, in my humble opinion, is the cosplay competition later in the weekend. It is a beauty pageant displaying the astonishing costumes constructed by some of the weekend’s attendants. The event has three judges who get help from a loud, opinionated audience. Contestants walk on stage with a slide show behind them that details the preparation that went into making their particular outfit.

All costumes must be homemade, and judged accordingly. This is a big, loud, awesome event with a packed room and an engaged audience. It is a great way to close out your weekend at C2E2. 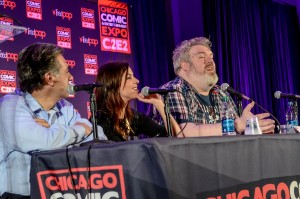 Some people are intimidated on first glance, assuming that if you aren’t immersed in the overwhelming universes of Marvel and DC, that you will not feel at home at C2E2. This idea is outdated, and I am here to tell you that there is something for everyone, whether it’s comics, television, video games or film.

Michael Armstrong has been heading the event planning for C2E2 since the inception of the convention. At first, the event was for comic publishers and guests, but much like other comic conventions across the world, C2E2 has begun to garner attention from other facets of popular culture.

“C2E2 has changed so much since the first year,” Armstrong says. “Now, in year six, we are getting so much more TV and film content, comic publishers are still coming in strong, and guests are reaching out to us and asking to come do a show in downtown Chicago.”

5.) Do not try to do everything
The last thing you want to do at conventions like these is stretch yourself too thin running around to every last booth and celebrity meet-and-greet you hear about. The trick is to stop and smell the ink. Take your time relishing in the creativity and nerdom surrounding you.

Visit www.C2E2.com to create a plan, find out what times your favorite celebrities will be doing signings, or get some sweet C2E2 gear.