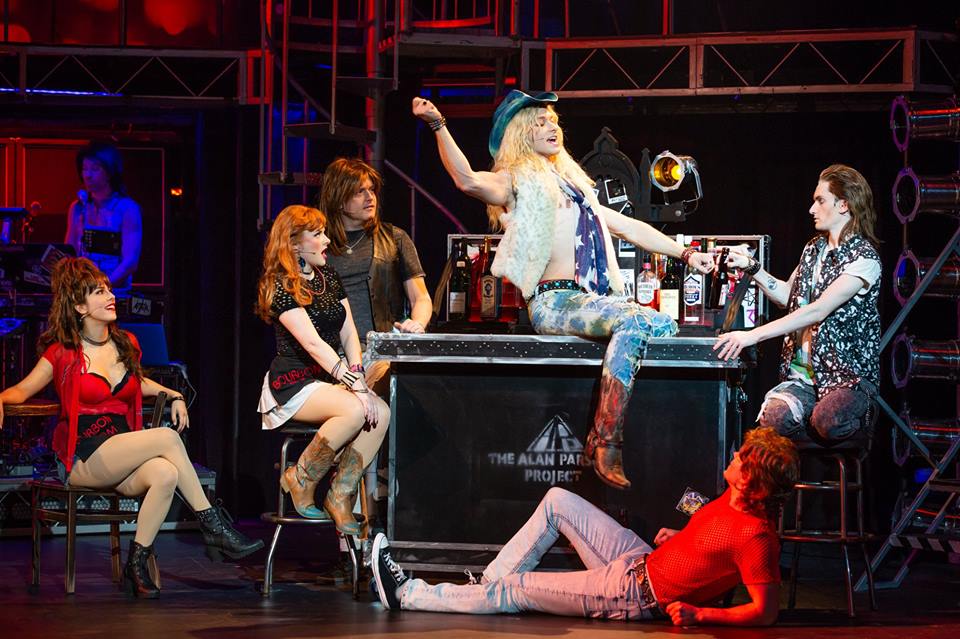 Playing at: The James M. Nederlander Theatre (24 W. Randolph) for a limited one-week engagement through April 28. Tickets and show info at BroadwayInChicago.com

Basic storyline: The backdrop is set on the Hollywood strip, as a small-town girl moves to the city to pursue her dreams of becoming an actress. After securing a job at L.A.’s most famous rock club, she meets an aspiring big-city rocker whom she begins to fall for. Things start to get rattled, as big corporate entities seek to buy out the strip to clear out the “rock and roll” that gave L.A. its personality and replace it with big box name-brand stores. Leaving just one thing to do: Rock out.

From the opening number, you realize you are not at a Broadway show; you are at a rock concert, highlighting all of your favorite classic rock hits. … The ensemble as a whole is truly captivating.

What stood out:  Oh man. Everything. Having never seen the musical and only hearing of how awful the movie adaptation was, I had zero expectations for what this show was to be. But boy was I surprised. Rock of Ages is a fun, campy, straight up rock show. Sure, there is a generic story for you to follow, but the show is incredibly self-aware and takes every opportunity to make fun of itself. The actors play up the campiness of their characters and story lines with a level of commitment that not only sells the humor, but also creates empathetic characters in a two-dimensional world. While the comedy and acting were great, the real allure of the show is the singing.

From the opening number, you realize you are not at a Broadway show; you are at a rock concert highlighting all of your favorite classic rock hits. It’s hard to resist the urge to sing along. The only thing suppressing me to do so was so that I could listen to the earth-shattering voices of this immensely talented cast. The ensemble as a whole is truly captivating, but of course the standouts would have to be the three leads: Anthony Nuccio (Drew), Katie Lamark (Sherrie) and John-Michael Breen (Lonny), who on more than one occasion each had moments that caused me to audibly say, “Whoa.”

Final thoughts: Rock of Ages is a truly delightful, exciting experience. The atmosphere is pure fun, and you can tell that everyone on stage is doing nothing but having a blast. Be careful though, as the feeling is contagious and you might exit the theatre feeling a little more rebellious than when you entered.