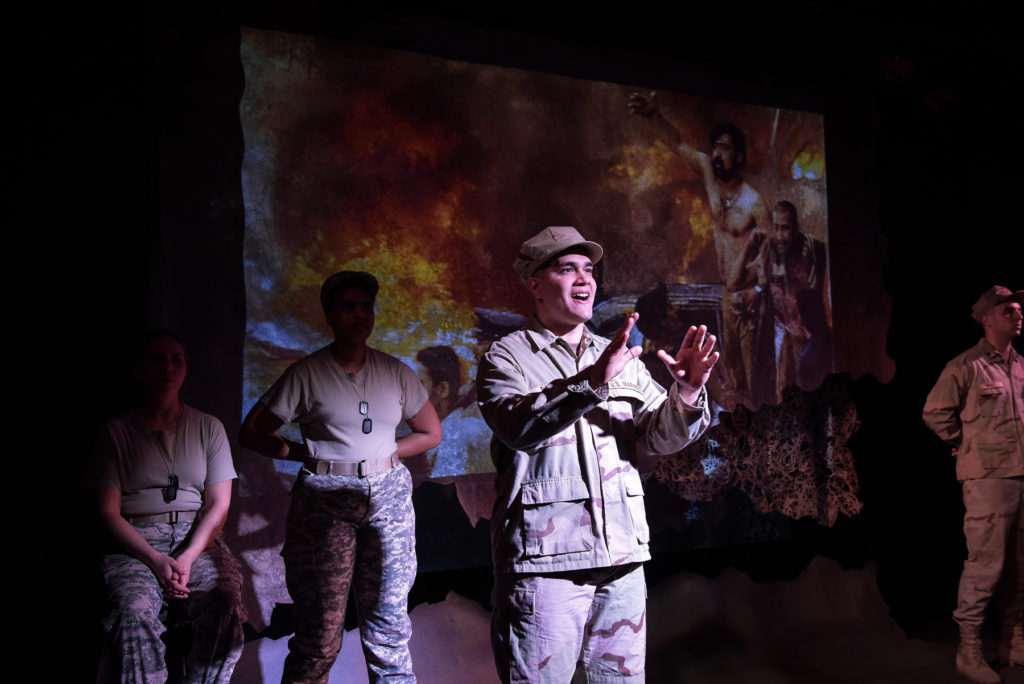 History in short: This critically acclaimed production returns home to Chicago after being on tour for better than a decade. It’s produced in rotating repertory with the Chicago premiere of Ghosts of War based on the best-selling autobiographical novel by Ryan Smithson.

Basic storyline: Foregoing a traditional, linear narrative, Letters Home weaves together letters written by both active armed forces personal and their loved ones during the recent military conflicts in Afghanistan and Iraq to create an atmosphere rather than a storyline. Following the accounts and evolving perceptions of several soldiers as they experience and attempt to endure some of the most brutal circumstances imaginable, Letters Home offers tales of naivety, home sickness, triumph, rage and loss. These glimpses into military life help to paint a holistic picture of the different ways individuals exist in a war zone.

What is being performed feels genuine because artificial relationships are replaced with distilled artifacts of war in the form of first-hand accounts.

What stood out: From the very start of the production, it is clear that Letters Home does not shy away from addressing the sensitive subject matter head on. Unlike most other live performances, this play is made up entirely of self-contained monologues that usually have nothing to do with the preceding or following monologues. What is being performed feels genuine because artificial relationships are replaced with distilled artifacts of war in the form of first-hand accounts.

Because there is no lead actor in the production, the entire cast takes on an ensemble 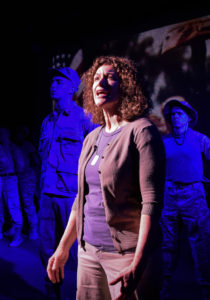 feel, which helps boost the aura of multiplicity of experience. Having so many different people telling such different stories truly make it seem as though there is no singular narrative that encapsulates what this war — or war in general — is like.

Though none of the stories portrayed are directly related to one another, their shared backdrop allows them to flow into one another smoothly and build upon an emotionality that carries throughout the production.

Apart from some videos and still images being projected at the back of the stage, there are essentially no set pieces. This puts the burden of creating an environment entirely on the performances of the actors and actresses, and boy, do they deliver. Every performance is executed with appropriate emotion, authenticity and fluidity. Several times, I found myself so engrossed by the genuineness that I couldn’t help but let out some tears.

Final thoughts: The Griffin Theatre Company’s production of Letters Home is a minimalistic, raw and authentic view at the realities of military life that invites its audience to better understand the trials and tribulations that the United States Armed Forces have to endure during times of war.