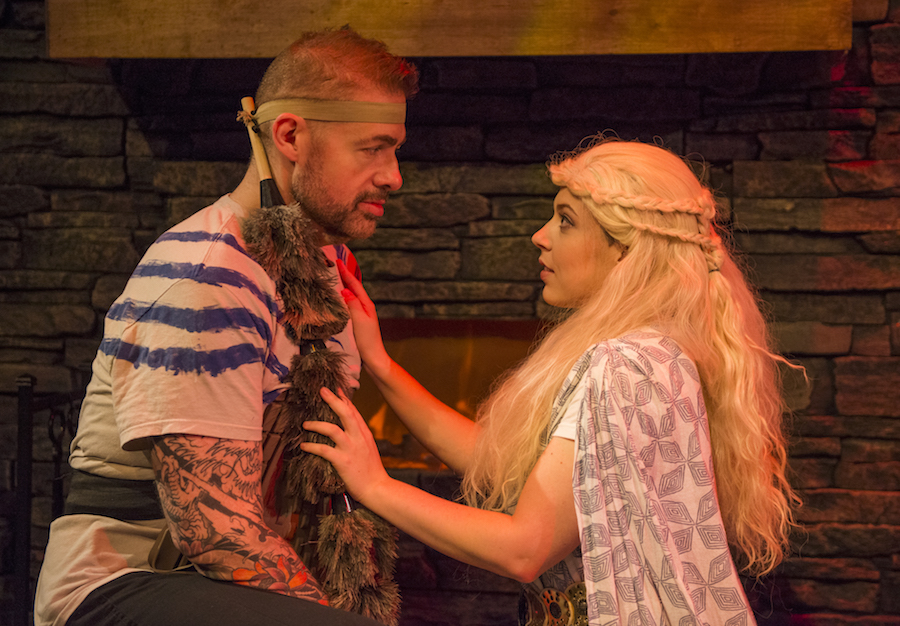 Basic storyline: Set, not in Westeros, but in the household of the average super fan, six friends get together to watch the season premier of the hit HBO series Game of Thrones. Upon finding out that their friend, Brad, has never seen the show, they take it upon themselves to act out the “Cliff’s Notes” version to help catch him up. As the night progresses, Brad gets to go through the highs and lows of investing his time and energy into falling in love with a bunch of characters and then having to watch them die.

The writing for this show is obscenely clever.

The story is carried along by its wide variety of genres and song styles, ranging from very stylized patter and vaudeville songs to a boy band-themed jam and trap-style rap m 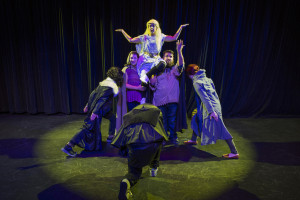 usic. They even throw in a Hamilton reference for us. In keeping with the theme of the HBO series, the show ends with a Game of Thrones–esque twist that I, straight up, did not see coming.

What stood out: The writing for this show is obscenely clever. Having the characters act out the series’ highlight moments to catch their friend up is an extremely smart and successful device. This sets the audience up to be able to relate to and engage with the characters, and it helps ground the exaggeration of the parody in the reality of the play. It also allows the actors to be comfortable taking risks and not get caught up in attempting to do cheap impressions with gag lines. This way, we watch the character’s impressions, and if they suck, then it’s the character that sucks, not the actor.

Overall, the actors’ impressions were pretty good, and some were independently funny. I personally 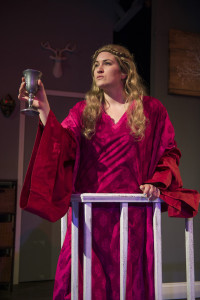 enjoyed Nick Semar’s Jon Snow, Beau Nolen’s Tyrion Lannister and Madeline Lauzon’s King Joffrey. The whole cast was very strong and consisted of some very beautiful voices, which was showcased by the wide variety of songs.

Perhaps what I enjoyed the most was the staging and choreography of the show. Nothing is more fun then having actors use their bodies and an assortment of everyday objects to create awesome-looking staged portraits and puppetry to tell a story. They even had the actors twist and rise to replicate the Game of Thrones mechanical opening title sequence in the very first number. Very cool.

Final thoughts: Thrones! The Musical Parody is a must-see for any Game of Thrones fan or well-seasoned nerd. The show is standalone funny even if you don’t have HBO, and it can basically serve as a crash course to get you well-versed enough to participate in conversations at parties, or even ready to watch the next season premier. I had a smile on my face from the opening number to the closing one. If you are looking for a fun night out, go see this show.

SPOILER ALERT: You will hear all of the Game of Thrones spoilers. All of them. So be prepared.