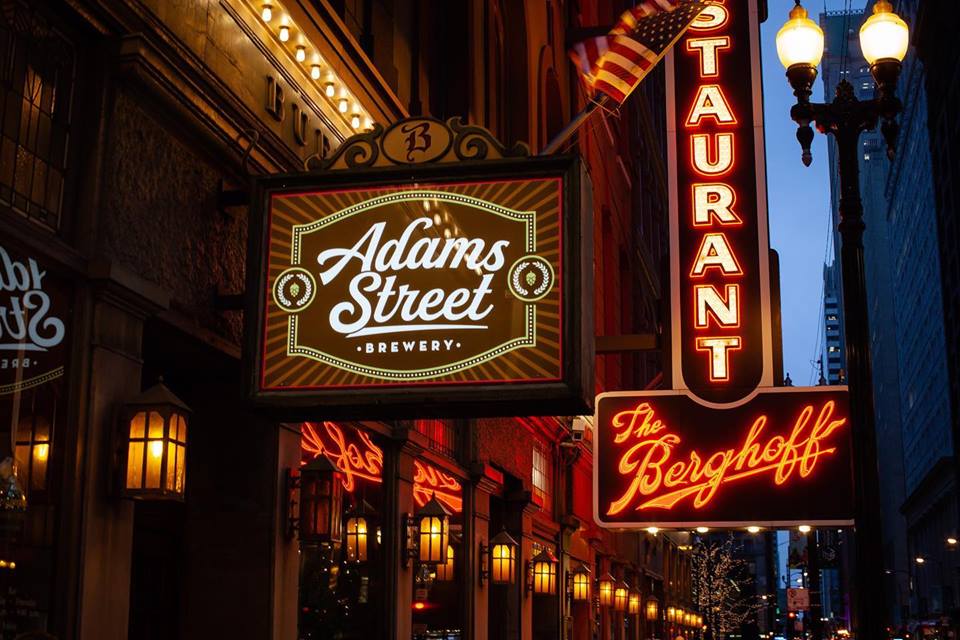 The Berghoff and Adams Street Brewery

You want true Chicago history? Try the iconic Berghoff Restaurant in the Loop, where the family brewing history behind founder Herman Joseph dates back to the late 1800s when he emigrated from Germany.

Joseph had a successful stint selling his beer outside Chicago’s World’s Fair in 1893, so he decided to open a small café that served beer and sandwiches, located at the same corner of Adams Street downtown that houses the Berghoff Restaurant, which has been in business for 121 years.

As a way to pay tribute to its century-plus history and staying near to their roots (including Chicago’s first-ever liquor license), the Berghoff, known its popular German fare, is now brewing its own beer in-house via the aptly named Adams Street Brewery.

Suggestions: Pretend like you’re in a Munich pub or beer garden and snag yourself a dunkel lager or hefeweizen, or their tasty pale wheat ale. For happy hour, Adams Street beers are just $5. 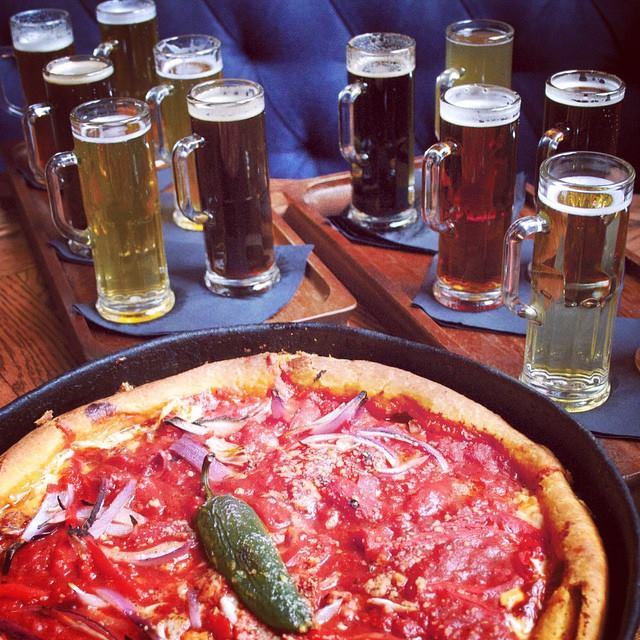 The national reputation for Gino’s East and their famous deep-dish pizza is well documented. But two years ago, the historic River North location at 500 N. LaSalle, took the idea of satisfying the palate a step further by opening its own brewery and brewpub within the massive restaurant.

Offering 12 craft beers on draft, a full menu of Gino’s salad, sandwich, pasta and pizza offerings, as well as some live music and the Comedy Bar upstairs, Gino’s Brewing Co. now seamlessly incorporates the best of all worlds. The cozy brewpub is a sanctuary of sorts, and the brewmaster, Kevin, is regularly on hand to answer questions, offer suggestions and expertly pair his concoctions with various food items.

Gino’s weekday happy hour is one of the best in Chicago too, with $3 Gino’s draft beers, $4 house wines and well drinks, and $5 select appetizers.