The Big City Blog: Scoping out some of Chicago’s best fall color destinations 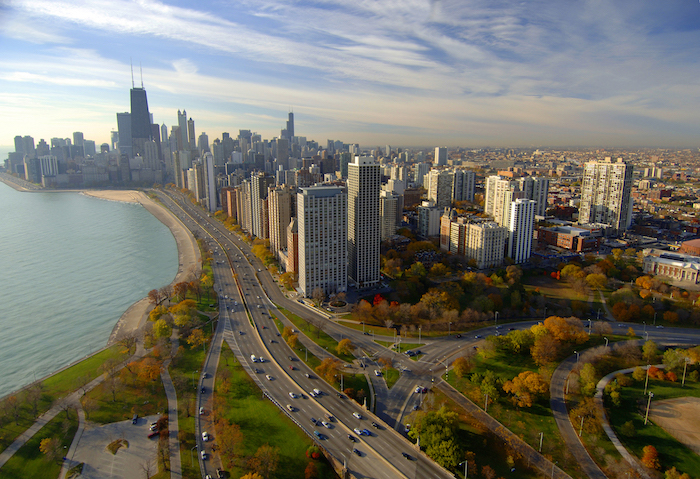 When the weather is nice in the fall, there are few parks in Chicago as nice as Promontory Point. Just a few minutes’ stroll from 57th Street Beach in one direction and the commercial area of Hyde Park in another, the Point has been a favorite escape from the city for decades. To the north is one of the most stunning views of the downtown skyline that one can find, especially when the fall colors come into play. 5491 S. Shore Dr. ChicagoParkDistrict.com

Perhaps the epicenter for taking in the colors of the season in Chicago is Lincoln Park, in all its tree-filled splendor, nestled in between high-rise condominiums and Lake Michigan. The lengthy park makes for a great walk from Belmont Harbor all the way down to North Avenue, passing, the Peggy Notebaert Nature Museum, Lincoln Park Conservatory, Alfred Caldwell Lily Pool and 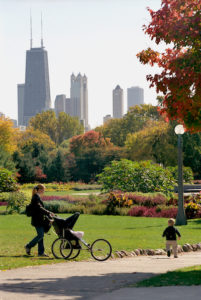 North Pond Nature Sanctuary along the way. Truly magnificent in the fall.

One other observation point that shouldn’t be missed is 360 Chicago atop the Hancock building. The 94th-floor observation deck —besides being educational — provides an ideal vantage point to look north along Lake Shore Drive and take in the splendor of the changing leaves in the aforementioned Lincoln Park and beyond. 875 N. Michigan. 360Chicago.com

The Bean in Millennium Park, officially known as Cloud Gate, is a popular spot for reflective photos — and particularly appealing when the leaves on the trees nearby are changing.

The sprawling Northerly Island, near the Adler Planetarium, is ideal for a panoramic photo of the city, as is the north edge of Museum Campus, looking north at Grant Park’s colorful trees and the lake.

A walk or bike ride along the 606 trail that connects several Chicago neighborhoods provides some fantastic fall photo ops.