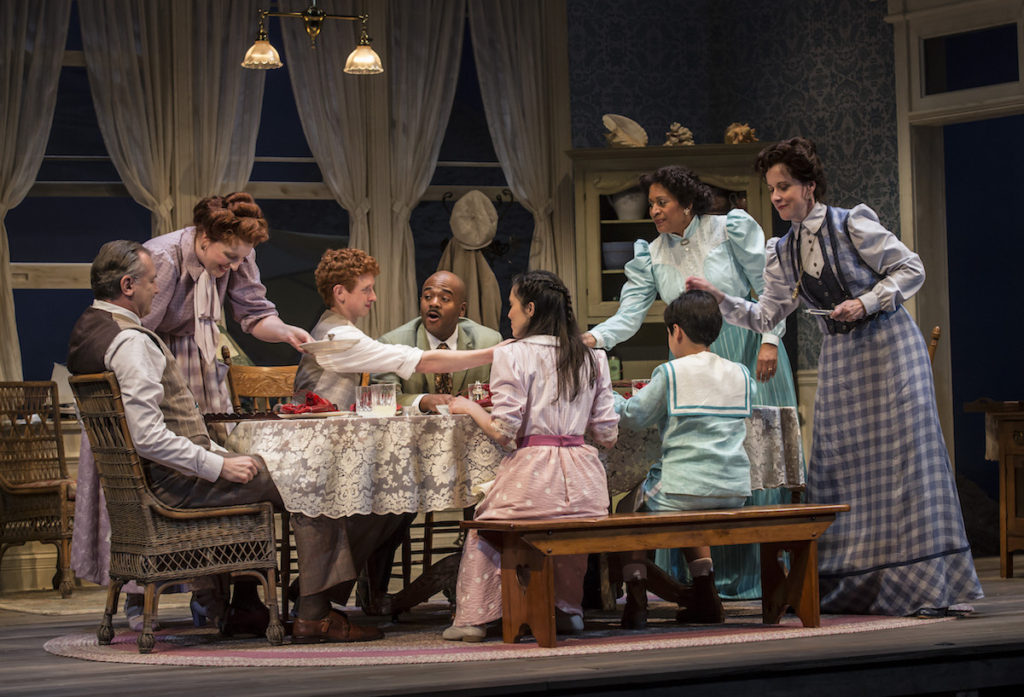 Playing at: The Goodman Theatre, 170 N. Dearborn, through July 23. www.GoodmanTheatre.org

Basic storyline: Eugene O’Neill’s play takes place the day of and after July 4 at the Miller family’s beach house. It centers around Richard, a exceptionally moody teenage boy in love, who must come to terms when the woman he loves is forced to tell him she no longer wants anything to do with him — at the will of her disapproving father. Richard dives deep into a brooding state and the same provocative poetry that caused the father’s disapproval, setting the stage for a fun, family comedy.

What stood out: Two things particularly stood out to me: the acting, and the set design. While the performances were very good across the board, there were two actors that separated themselves from the pack. The first was Niall Cunningham, who played Richard Miller, the teenage son. Essentially the protagonist of the story, Cunningham’s performance was engaging and fresh and truly reminiscent of the life-and-death stakes of teenage love and hea 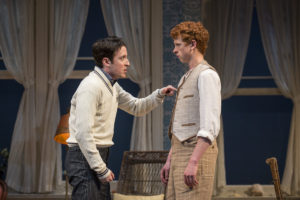 The second was Will Allen (as Wint Selby), who was onstage for a total of one scene, but simply rocked the house. He was a driving force with a clear objective and specific changes in tactics and beats that colored the scene perfectly, well deserving of his own round of applause.

The backdrop to these wonderful performances was the set. The center of the design was a practical creation of a beach house’s dining/lounge room, which was very much atoned to the period. Zoom your focus out just a bit though, and you will see that mounds of sand surround the entirety of the house, emulating the beach. Even to the point where the stage seemed to be raked from one side to the next, revealing the stilts that any beach property would be supported on.

Ah, Wilderness is a very well-rounded show that had me thinking back to the foolish tendencies I had as a love-struck teenage boy.

Aside from having other eye-catching set pieces like a boat, to the right side of the stage there was a small abstract bridge that led from the dining room to the rest of the house and also to the floor-to-ceiling backdrop that projected the smoothly sailing clouds in the sky. It was really cool.

Final thoughts: All in all, Ah, Wilderness is a very well-rounded show that had me thinking back to the foolish tendencies I had as a love-struck teenage boy.