We Ask, They Answer: Shark Q&A with Steven Kessel, director of marine research at the Shedd Aquarium 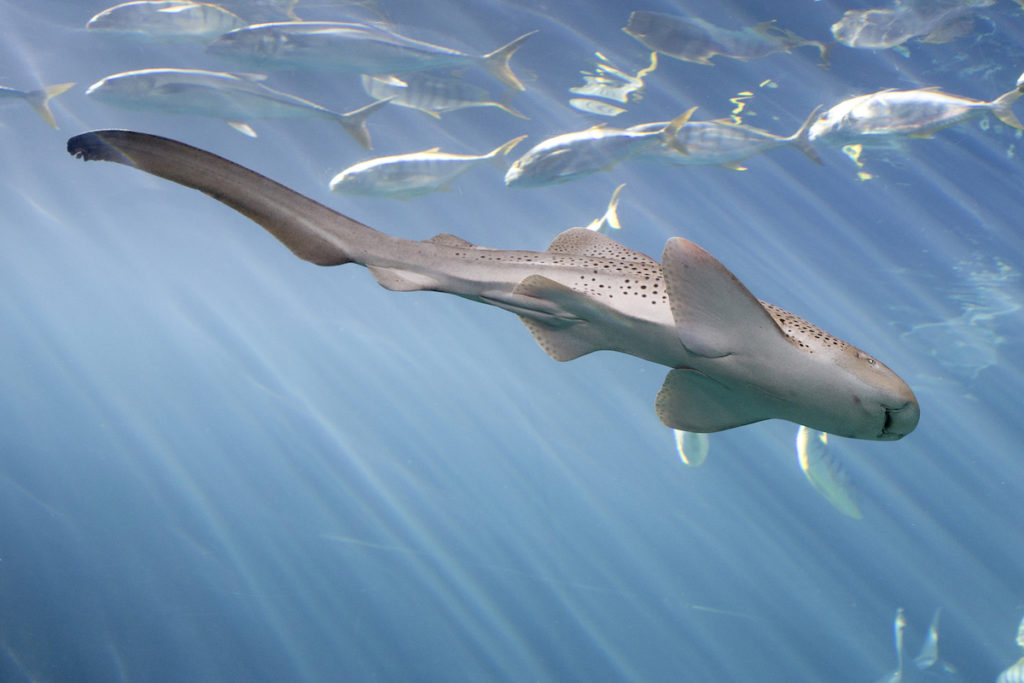 With Shark Week upon us, we decided to ask Steven Kessel, the director of marine research at the Shedd Aquarium, about the sharks they have on display, some interesting facts and what can be done to preserve shark populations around the world 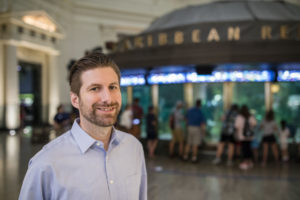 Q: Why do people find sharks so fascinating?

A: Because they are fascinating! They are beautiful and powerful, yet mysterious, and illusive. Across more than 400 species, they take many shapes and sizes, allowing them to inhabit all areas of the ocean from the shallowest estuaries to the deepest depths. They invoke fear, love, hate, admiration, respect and obsession. Across the globe, and through human history, they have been hunted, worshiped, demonized and displayed. Despite all this, there is still so much we don’t know about them. All these things in chorus make sharks a very fascinating group of animals.

Q: What are a couple facts about sharks that might surprise people?

A: One thing that always seems to surprise people is finding out that sharks are older than trees. Sharks originated on this planet around 450 million years ago, some 100 million years before the origin of trees. Since then, they have survived through five mass-extinction events, and not until the emergence of mechanized fishing were shark populations ever under threat.

Another very interesting thing about sharks is that they have an entire sensory system dedicated to detecting electromagnetic fields. It’s believed that this system helps sharks to navigate, including enormous seasonal migrations sometimes across ocean basins, using the earth’s magnetic field for guidance. Additionally, sharks can use this ability to hunt in low-visibility conditions or even locate prey items that have buried themselves in the substrate. All living creatures generate electric fields when they move their muscles, including the beating of their hearts. Sharks can hone in on these electric pulses to locate their next meal. 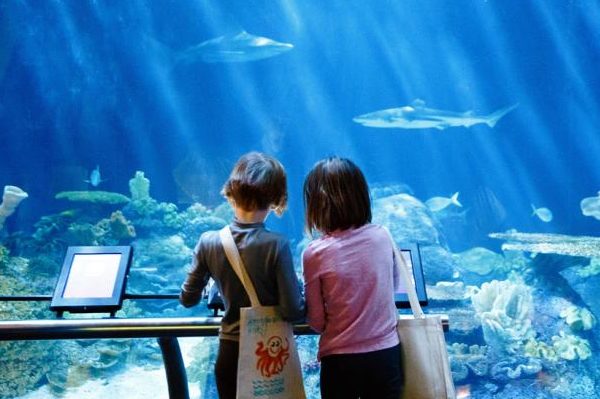 Q: What exhibits at the Shedd specifically feature sharks, and what can visitors expect from them?

A: Every year, two million guests come face to face with sharks throughout Shedd. In the Wild Reef exhibit, guests have an opportunity to explore a coral reef in the Philippines that is known to be one of the most diverse underwater ecosystems in the world, and it’s home to more than 20 sharks at Shedd. Through this journey 25 feet below street level, all ages get a glimpse of island life though this multi-sensory, interactive exhibit. From the blacktip reef sharks and sandbar sharks that constantly cruise in the mid- to upper-level waters to the slow-swimming zebra sharks and sedentary, bottom-dwelling wobbegongs, shark enthusiasts will be thrilled to get up close to this range of species.

Shedd also has a Shark Feed Tour, where you go behind the scenes in Wild Reef for a deeper dive to experience meal time with the sharks during a 90-minute guided tour with our experts. There are also bonnethead sharks in the Caribbean Reef exhibit and leopard sharks in the Oceans gallery.

“During the Shark Feed Tour, you go behind the scenes in the Wild Reef exhibit to experience meal time with the sharks during a 90-minute guided tour with our experts.”

Q: What are the common misconceptions when it comes to sharks?

A: There are many I hear on a consistent basis. I think a lot of people think that if they come across a shark in the ocean, it will automatically attack them. This is very far from the truth. People and sharks cross paths every day, most commonly at beaches, yet incidences of people getting bitten by sharks are extremely rare. If sharks automatically attacked people when they encountered them, many people would be bitten every day.

Another misconception I regularly hear is that if sharks stop swimming they will die. For some shark species, this is partially true. These species are called obligate ran ventilators, meaning they need to swim forward to most efficiently pass water over their gills. However, even these species can stop forward motion for periods of time without dying, like when mating or feeding. As long as they are not restrained from swimming for too long, they will be just fine. Other species can use their mouths to pump water over their gills. These species are called buccal pumpers and can lay on the bottom indefinitely breathing in this way. You can see two such sharks, often laying on the botto 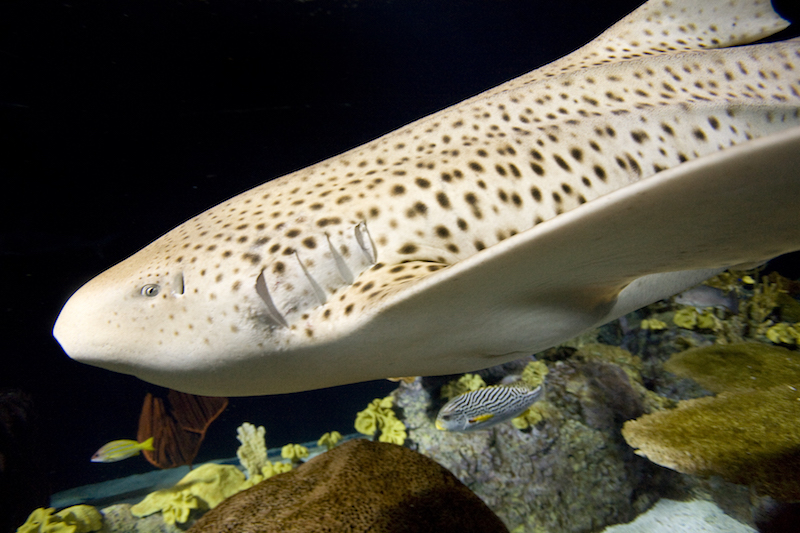 m of the Wild Reef exhibit at Shedd Aquarium: the spotted wobbegong and Japanese wobbegong.

Q: Does the Shedd have conservation programs to help species that are in trouble?

A: Shedd Aquarium’s Daniel P. Haerther Center for Conservation and Research has a team dedicated to conserving wild animals and wild places. We study populations of animals that are threatened by extinction, as well as restore habitats to help wildlife thrive. One of the Haerther Center’s conservation programs is dedicated to studying sharks in the Bahamas, which is a nation with one of, if not the most viable and intact populations of shark species in the western Atlantic. Through our studies, we’re looking to understand the abundance of sharks in the Bahamas and how that impacts the entire local food web.

As part of our dedication to preserving shark populations in the Bahamas and Caribbean region, we also launched a new #KeepSharksSwimming digital conservation and advocacy campaign aimed at bringing people closer to sharks through a series of immersive 360-degree videos, and encouraging them to speak up for sharks to protect them. By visiting this website online, visitors can sign a petition in support of maintaining shark sanctuaries in the Bahamas, which protect sharks from fishing practices known to decimate shark populations. In doing so, anyone around the world can help keep sharks swimming with us.

Steven Kessel, Ph.D. is the director of marine research at Shedd Aquarium. As a field scientist, he divides his time between Shedd Aquarium’s research vessel and his office in the aquarium’s Daniel P. Haerther Center for Conservation and Research.

The Shedd is located at 1200 S. Lake Shore Dr. SheddAquarium.org