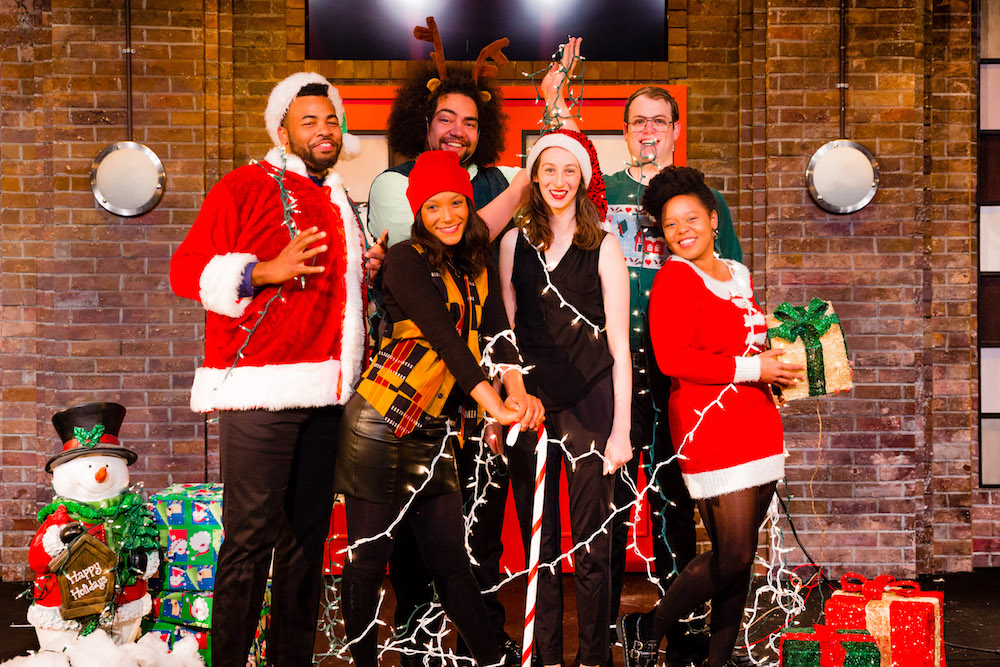 What The Real Chicago previously called “A romping good way to poke fun at the holiday season,” the Second City’s Holidazed & Confused: Mandatory Merriment revue makes its annual return for six weeks this November and December at Up Comedy Club.

We sat down with director Tyler Samples to discuss why the holidays — and family — are so easy to make fun of. Holidazed & Confused begins Nov. 15. For ticket information, visit www.UpComedyClub.com

TRC: As far as this year’s Holidazed & Confused, are you using a lot of Second City archives and mixing in new material?

Samples: This year our plan is to do mostly new material. We may pull one or two archived scenes in, but by and large, the cast is shooting to have a completely original show, which is pretty exciting because we can structure things a little differently and play with how we’re presenting stuff.

Something we’ve been talking about a lot that I’m really excited about is that idea of how the holidays always feel the same, you know? Not only do you have your same traditions, but then a lot of times they’re layered on top of each other. Every December always feels the same, where half the people you know are gone at any given point, work sucks, there are weird music and decorations everywhere, and you’ve got old movies playing on TV all the time. So we’re creating a show where everything starts to feel familiar and just doubling down on that idea, playing inside of that Hallmark nostalgia and warm and fuzzy Christmas special. We’re really excited to live inside that world, especially because everyone on the cast is kind of a curmudgeon. … It’s hard not to be cynical this year, so it’s fun exploring how people can be purposely warm and fuzzy when there’s no reason to be.

“My favorite thing about this cast is that they will pitch something that sounds too insane to possibly work, but then you watch it on stage, and they somehow know how to thread the needle and connect with the audience.”

TRC: Is it a challenge when everyone is that kind of curmudgeon, or do you feel like that’s where a lot of the natural comedy comes from in a holiday show?

Samples: I think it’s where a lot of the fun comes from because things are weird in the world right now, and we don’t want to forget that. We don’t want to do the whole glass-half-full thing because, well, some people don’t have glasses. While at the same time, there’s only so much direct pointing that out that you can do before it just starts to be overkill. … What we’re planning is, either what we find most absurd about the holiday season or, on the flip side, what feels the realest, truest about the holiday season.

If we’re being honest with ourselves, what I remember most about the holidays is getting in fights with my siblings, so let’s focus more on that as opposed to going to see, you know, Christmas lights or something. But there is something warm and fuzzy about that too — every year I’d get in a fight with my dad over some stupid gift he gave my mom in my name. And at some point, it turns out, that’s one of our most valued Christmas traditions, so it’s been fun exploring that side. And it’s been fun exploring what each of the six performers’ actual relationship with the holidays is versus being told what our relationship with the holidays is.

TRC: What is it about the holidays that everyone can relate to from a comedy standpoint?

Samples: This is my first holiday show, and it’s been interesting realizing this paradox that, in a way, it is easier (to create a holiday show) because everyone is so familiar, everyone knows what the Christmas carols sound like, we all know what Christmas feels like because we’re force-fed it on TV and in the movies.

At the same time, it makes it really, really hard to come up with new and original ideas on how to make jokes about that. … But it’s fun, also, figuring out what our angle is going to be, and we have some real kooky performers in this show.

TRC: What’s easier to poke fun at from a holiday show perspective, religion or family? 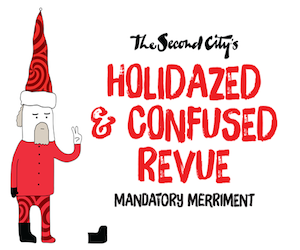 Samples: I think family, 100 percent. Everybody has family. Religion is usually something that everyone has their own feelings about. … We don’t want to make fun of people believing in things, but we will make fun of people who are hypocrites about what they believe in. So if there are people who claim to believe in stuff but don’t follow through on it, then it’s like, great, you are exactly who we want to go after. There are quite a few of them.

The other fun thing, with family, is discovering how funny it is that the holiday season means that you have to see these people — when the rest of the year you can put some distance between you (and them). So it’s a lot of fun thinking about when that conversation that you’ve successfully avoided for 364 days forces itself on you, and you can’t do anything about it, except for have it. That’s just so fun.

I’m a big believer, with comedy and improv, in letting the audience see something happen that they wish they could do (in their lives) but can’t. … I think the really satisfying thing is watching two family members say what they really think about each other, and then have to actually listen to the other person and not get to walk away, because the scene would be done. So they have to resolve it. It’s really satisfying and feels like the most fantastical thing ever.

TRC: Knowing this cast like you do, is there anything that you’re most looking forward to in regard to working with them on Holidazed & Confused?

Samples: Oh, man. They’re really smart. And they’re just weird, in a good way. So they constantly are surprising me with the material they come up with. My favorite thing about this group is that they will pitch something that sounds too insane to possibly work, but then you watch it on stage, and they somehow know how to thread the needle and connect with the audience through the material, and it becomes this awesome, weird, memorable scene that, when written down on paper, does not make sense and should probably not exist. So I’m excited to do two hours of that.

Spotlight on Klairmont Kollections: One of the ...

The Local Corner: Exploring the Franklin and ...