We Ask, They Answer: Q&A with Zanies comedian Pat McGann on following a dream and what happens in the green room 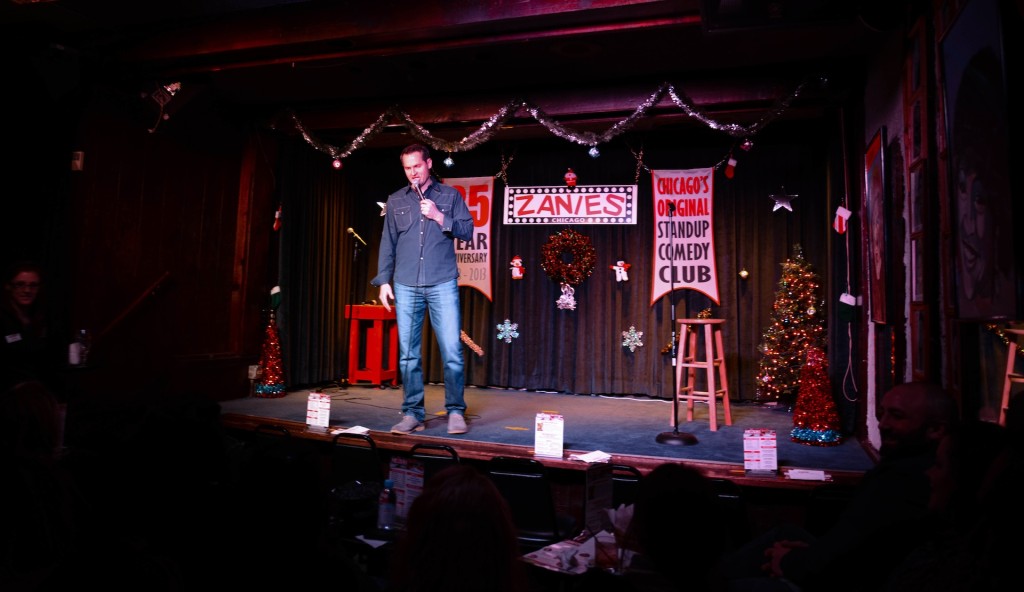 Pat McGann left the 9-to-5 world in 2007 to follow his dream of a life in comedy. Soon after, he became the house emcee at the historic Zanies in Old Town, a role he still holds today, in addition to occasional TV host, radio guest, writer and director.

Q: What was it that pushed you into this profession? Exactly how does one go from packaging salesman to stand-up comedian?

A: I loved comedy as a kid. My friends and I were huge SNL fans in the 1980s and early ’90s — we would also watch a lot of stand-up. My parents were also huge stand-up comedy fans and would go to New York City and come back and tell me about the comedy clubs they went to. I didn’t necessarily want to be a stand-up comedian, but I did think it would be cool to write for funny shows and write funny movies. As I got older, I thought it seemed like that wasn’t possible, so I just got a job like all my friends. When I met my now wife, I confided in her about this pipe dream and she helped me break it down to make it more real — that everyone started somewhere, that there were open mics in the city to go to. So all of a sudden, it seemed less ridiculous, and that’s how I started. I was still in sales but started hitting the open mics and began the transition away from a 9-to-5 job and into the dark sinkhole of stand-up. As I head to Pensacola, Fla., tomorrow for a gig and leave my wife with three young kids, two with the flu, I bet she regrets 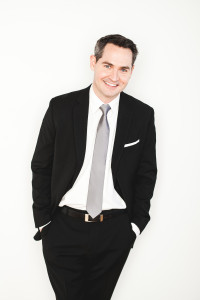 Q: Every comedian we’ve ever spoken with has that one awful place or situation they’ve performed in that they’ll never forget. What would yours be?

A: I have had plenty of horrible experiences. Shortly after I started, my dad got me a gig, from his barber. That right there should have been a red flag, but I was so fired up that someone wanted me to perform at their event and actually pay me. The show was at a festival for the Virgin Mary. The audience was Italian immigrants, mostly in their 70s, and hardly any of them spoke English. They had no idea why I was there or what I was talking about. I think they thought I was there to lead them in prayer. That’s just one example. So many terrible shows are seared into my memory. After the wounds heal, you are pretty proud of those scars.

Q: What are the best qualities of the classic, old-school comedy clubs like Zanies?

A: I’ve never performed in a club like the original Zanies in Old Town. There aren’t too many left. When I started there was a great, dingy club in Milwaukee called the Comedy Cafe that had some character and was a great room, but that is gone now. A lot of the older clubs have remodeled or decided to go bigger, and while I can understand doing that as a business move, you lose a lot of the grit and charm. Just like with the old movie theaters you see around the country or baseball stadiums — newer and more flashy doesn’t necessarily mean better.

I’ve always liked history, so just the history of Zanies is something I love. You see the headshots on the wall and you can feel those comedians being there. You see Eddie Murphy, Jerry Seinfeld, Kathleen Madigan, and you can imagine them being at Zanies and then think about all they have done since being there. The club has a personality, and I think everyone feels that when they come in to the showroom. It’s the perfect size. It’s tight and traps the energy of the crowd. That little room literally shakes with laughter most nights. It’s magic.

Q: You’ve written and directed, been a presenter on awards shows, done TV, radio and stand-up. Which is the most challenging, and which is the easiest?

A: Stand-up, I think, will always be the most challenging. Probably because it incorporates all of those things; you have to write it, edit it, perform it. You have to constantly be evolving, too, or your act will get stale. With that said, stand-up is also the easiest because, at my core, that is what I am and what I do the most out of those things. That sounds like an artistic or political answer, so I will try to answer this directly now because I hate answers like that. Radio is the easiest of these for me because I just have to show up and be a guest on someone’s show — they have to do all of the work. Performing stand-up on TV is the hardest because of the nerves.

Q: Finish this sentence: The best part of being a comedian is…